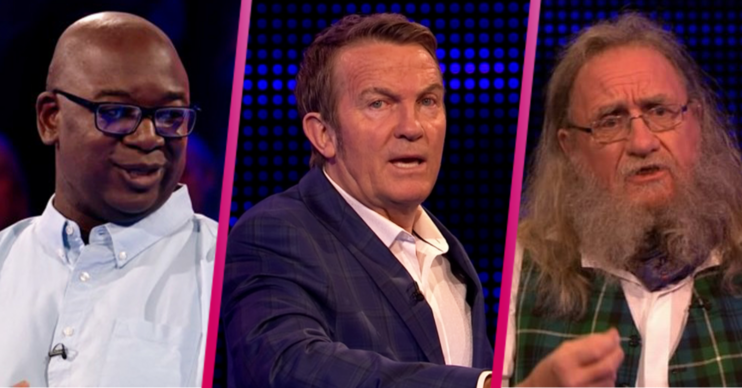 The Chase deaths: A tribute to the stars of the ITV show we’ve loved and lost

Remembering The Chase contestants who are no longer with us

The Chase is an iconic ITV gameshow hosted by Bradley Walsh that’s been running on the channel for years.

Throughout the series, the show has starred many legendary contestants and celebrity guests.

However, sadly some of the people who’ve appeared are no longer with us.

Here’s a tribute to all the The Chase stars and guests who’ve sadly died over the years.

Mike Johnson was a contestant on both The Chase and spin-off show Beat The Chasers.

“Such a sad loss. A really fun and entertaining contestant,” he said.

Read more: Chaser Mark Labbett apologises for his behaviour on the quiz show

ITV paid tribute to the contestant on the official The Chase Instagram page, saying: “We are deeply saddened by the news that Mike Johnson has passed away.

“A fantastic Beat The Chasers and Chase contestant, our thoughts are with Mike’s family and friends at this very difficult time.”

The Chase fans were shocked when the tragic death of contestant Pete Green was announced.

The Chase star Paul Sinha said: “Saddened to hear that Pete from today’s Chase has since passed away in horrible circumstances.

Read more: The Chase fans all have the same complaint about blatant mistake on ITV quiz show

“A true gentleman, a warm, engaging and thoroughly entertaining opponent.”

People on Twitter also recognised him and paid tribute to the contestant.

One person tweeted: “This man was well known in a local town and sadly passed away in a house fire a few months ago.”

Someone else wrote: “Yes he was a proper local celebrity, very sad watching.”

Keith Chegwin made an iconic appearance on the Celebrity Chase in 2013.

The TV presenter did really well at facing the Chasers alongside newscaster Alastair Stewart and he even won a whopping £29,000 to split between four charities of his choice.

However, Keith sadly died in 2017 after enduring a long-term battle with a progressive lung condition.

Darts legend Eric Bristow was another celebrity guest on the Celebrity Chase in 2013.

He may have been a champion at darts, but he certainly wasn’t a champion on ITV quiz show The Chase as he was unsuccessful at beating the Chasers.

Unfortunately, Eric suddenly died of a heart attack in 2018.

PDC chairman Barry Hearn paid an emotional tribute to the star and said: “Eric will always be a legend in world of darts and British sport.

“The PDC and the sport of darts, will miss him.”

Denise Robertson also starred on the Celebrity Chase in the 2015 Text Santa special.

However, the lovely TV presenter sadly passed away in 2016.

The ITV daytime show This Morning paid a tribute to the beloved agony aunt on Twitter.

They wrote: “Such sad news – our friend and colleague Denise Robertson has lost her short but determined battle against cancer.”

Although she didn’t do very well, Sarah Harding was a favourite with the public on the Celebrity Chase in 2016.

She got three questions right in her Cash Builder and made it through to the Final Chase – which Sarah and the team went on to lose.

After her bubbly appearance on the show, many fans tweeted that she was “hilarious”.

Her heartbroken bandmate Cheryl Cole said: “Although we knew this day would arrive I am somehow lost for words that our sunning, unique, crazy, quirky, kind and soft-hearted girl has departed.”

Comedian Des O’Connor was also a guest on the Celebrity Chase in 2013.

Des was very close with host Bradley Walsh who later revealed that he was ‘like a dad’ to him.

However, Des passed away in 2020 after secretly being diagnosed with Parkinson’s disease.

Bradley paid a heartbreaking tribute to Des saying: “I’ve got to thank Des because I’m sure I wouldn’t be where I am now in the industry without Des’ input and his love and care.”

While we can confirm that she’s alive and kicking, Chaser Anne Hegerty discovered a load of tweets saying that she had died back in 2016.

The rumour began after the death of a horse named The Governess, which is just like her nickname on The Chase.

The quizmaster addressed the situation by saying: “Somebody posted on Twitter ‘RIP the Govaness’, spelt like the horse and some people got the idea that it was me.