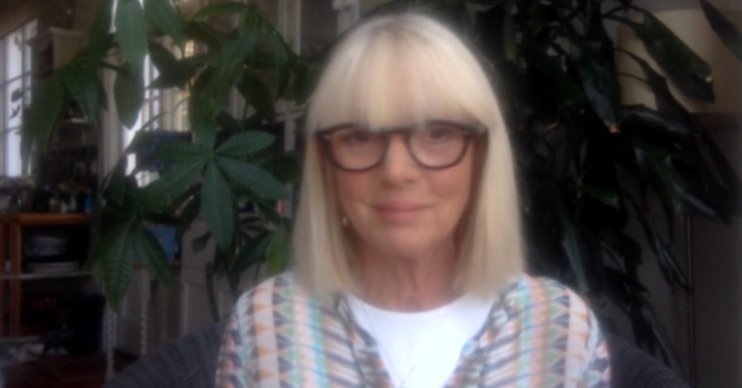 By Carena Crawford
7 May 2020, 15:25
Tags: Holly Willoughby, Phillip Schofield, The Bill, This Morning

The stars of The Bill appeared on This Morning today and seeing them has led fans to call for the show to be rebooted.

Fans have often called for The Bill to be brought back, and Trudie, for one, doesn’t believe the show should have been axed in the first place.

She believes it should still be on air today.

She told the hosts: “I wasn’t there right at the end, I left before the end, but I was so disappointed that it finished.

“I thought there’s no reason really why it should have and it could have gone on a great deal longer. I think it should still be on now.”

Mark agreed that the show is still relevant to today’s society.

I think it should still be on now.

“The style of the show is very diferent, it’s very much set in the 80s of course, but they’re talking about the lack of funding in the police, the coping with the criminality, there’s a relevance to the modern era.”

What the fans say

Fans loved seeing the stars on the show and as a result they immediately called for it to be brought back properly, not just repeats.

Awe #TrudieGoodwin, @huskyfusky and @GrahamcoleAct, lovely to see you guys on #ThisMorning talking about #TheBill. I can’t believe it’s 10 years since it was cruelly taken from our screens. Now there’s a new boss at #ITV, maybe she’d consider bringing it back 🤔🙏🥰

10 years 🙀
I loved watching The Bill. Remember it so vividly #ThisMorning

It’s not the first time The Bill cast have reunited recently. They got together in a video call to celebrate the iconic police TV series coming to UKTV Play.

Trudie, Mark and Graham were joined by Chris Ellison, who played DI Frank Burnside, and Eric Richard, who played Sergeant Bob Cryer for a virtual reunion. They reminisced over their time on the show and answered some fan questions.

The cast talked about how good it was to see each other on the call, as they all remain in isolation.

Where can I watch The Bill?

The Bill: The Early Years series one to five is currently available to stream.

A further four series are available later in the year, and then every month from June the show will add another series.

The Bill was the longest running police crime drama in the country starting in 1983.

The series followed the lives of employees working at the fictional Sun Hill Police Station.

Will you be rewatching The Bill? Leave us a comment on our Facebook page @EntertainmentDailyFix and let us know what you think of this story.