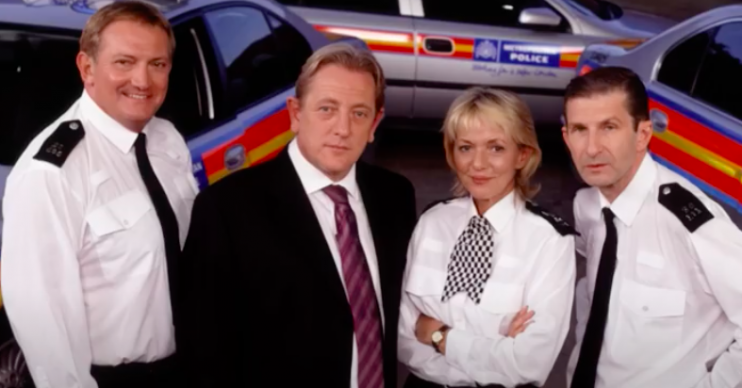 The Bill is returning to TV on UKTV Play

Classic police drama The Bill is to return to TV.

The streaming service UKTV PLay is offering viewers a chance to re-watch the first five series of the beloved police drama.

It starred an ensemble cast, including Andrew Lancel and Jeff Stewart as police officers on duty.

How can I watch old episodes of The Bill?

“The first five series of #TheBill are coming exclusively to UKTV Play on May 1st. (sic)”

Read More: Tom Hardy will be storytelling on CBeebies for a whole week

The Bill was the longest-running police crime drama in the country going from 1983 to its cancellation in 2010, following the “changing tastes” of viewers.

Now fans of the show are delighted to get the chance to watch the series on-demand during the coronavirus lockdown.

One tweeted: “This is wonderful news! Thank you very much UKTV! (sic)”

Another fan wrote: “This has brightened up my day, sensational news (sic)”

Whilst a third added: “Excellent news! Thanks. Looking forward to it 🙂 (sic)”

🚨🚔 Calling all fans of #TheBill… some more exciting news for you! Click on the tweet below and let @UKTVPlay know YOUR questions for some of the show’s original cast! https://t.co/62FPqi5nah

Read M0re:What is Devs about? Disturbing new BBC Two show explained – because it will mess with your head

The ITV drama won numerous accolades during its 27-year run, including BAFTAs, a Writers’ Guild of Great Britain award, and Best Drama at the Inside Soap Awards in 2009.

It also featured appearances from several famous faces throughout the series such as Sean Bean, Hugh Laurie and Keira Knightley.

However, many of the original cast members went on to star in other soaps, as Andrew – who played DC Neil Manson from 2003 to 2010 – landed roles in Coronation Street, earning him the award for Best Villain at the British Soap Awards in 2012.

This is wonderful news! Thank you very much UKTV!

This makes me very happy! Love The Bill

The show also featured Scott Maslen as DS Phil Hunter from 2002 to 2007, and he is now more famously known as police officer Jack Branning on EastEnders.