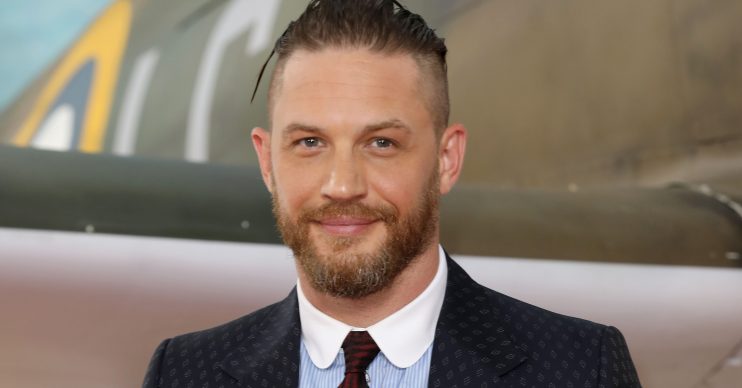 Tom Hardy will be storytelling on CBeebies for a whole week

He's Hoping to give paretns a break during lockdown

Tom Hardy will be back on CBeebies Bedtime Stories for a whole week.

The Peaky Blinders actor was a huge hit with young audiences, with 1.07 million watching his storytelling sessions via BBC iPlayer.

Now he’s announced his comeback for ‘Tom’s Week’ to keep the little ones and their parents entertained during the coronavirus lockdown.

Tom Hardy is back for Tom’s week on CBeebies

He said: “Hello. I’m Tom. Sometimes, on a day like this, I feel strong and happy. But, on other days, I just need somebody to give me a hug.”

A source added to The Sun newspaper: “Tom was eager to help families in isolation and felt this might give parents a break.

“CBeebies were obviously delighted, they know he is a big hit. Especially with mums.”

Tom was eager to help families in isolation and felt this might give parents a break.

What will Tom read?

The Dunkirk star will kick off the week on April 27, when he will be joined by his French bulldog, Blue, to read Hug Me by Simona Ciraolo.

The 42-year-old star will begin: “Tonight’s bedtime story is all about a little cactus called Felipe, who just wants a hug, too.”

Tom – who first appeared on the series in 2016 – is also set to read Under The Same Sky by Robert Vescio and Nicky Johnston, There’s a Tiger in the Garden by Lizzy Stewart, Don’t Worry, Little Crab by Chris Haughton and The Problem With Problems by Rachel Rooney and Zehra Hicks.

Whilst Gregory Porter became the first star to sing a CBeebies Bedtime Story, when he belted out Moon River in November.

He reads Too Small For My Big Bed by Amber Stewart 🛏@lewis_damian pic.twitter.com/V8K4bFA5Tr

Read More:Katie Price hasn’t seen her kids for a month and admits she’s ‘struggling’ with isolation

The soul star performed the classic ballad from Breakfast At Tiffany’s on the show as part of BBC Teach’s Bring the Noise campaign – which helped children discover the joys of music-making – while Chip Crawford accompanied him on the piano.