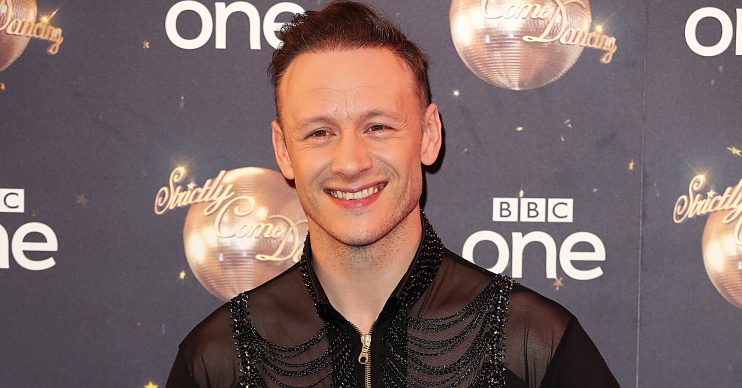 The new series of Strictly will start later this year

Former Strictly Come Dancing star Kevin Clifton has publicly sent a message of support to the remaining professional dancers on the show, as this year’s line-up is revealed.

Taking to his Instagram account, the telly fave, 37, wrote: “The returning pros for @bbcstrictly 2020. Good luck guys,” alongside a picture slide show of the pro dancers set to compete on this year’s highly anticipated BBC dance competition.

Kevin, who recently announced his shock departure after seven years performing on the show, was soon bombarded with a string of messages from some of his die-hard fans.

One wrote: “You’ll be missed King,” while another commented: “Not the same without you.”

Kevin, who joined the show in 2013, was crowned the winner of the BBC One dance show in 2018 with his dance partner and now-girlfriend Stacey Dooley.

At the time, holding up the coveted Glitterball Trophy with pride, Kevin sobbed with emotion, while Stacey said: “I think you are the biggest gem. It’s no surprise you have been in the final as many times as you have.

I think you are the biggest gem. It’s no surprise you have been in the final as many times as you have.

So you can understand why his shocking decision to quit the show was met with upset and dismay.

In his statement he said: “The past seven years have been some of the most wonderful years of my life.”

He added: “I am grateful to the BBC and Strictly Come Dancing for giving me the opportunity to have been a part of something truly special.”

But it seems as though his decision to seek pastures new was not an easy one to make as it was recently revealed that he had wanted to quit ahead of last year’s show but was talked into staying by Strictly bosses.

According to reports, Kevin had wanted to leave on a high after winning the Glitterball trophy in 2018 but was persuaded to stay.

He was then partnered with TV personality Anneka Rice, who was voted off the show after only three weeks.

Kevin was reportedly flooded with big money deals on the back of his astonishing win in 2018, with one deal promising to earn him up to £100,000 for a year-long theatre gig.

So now, the professional dancers taking to the floor to strut their stuff will include, AJ Pritchard, Aljaž Škorjanec, Amy Dowden, Dianne Buswell, Oti Mabuse and Giovanni Pernice.

Do you think this year’s Strictly Come Dancing line-up will be the same without Kevin Clifton? Leave us a comment on our Facebook page @entertainmentdailyfix.