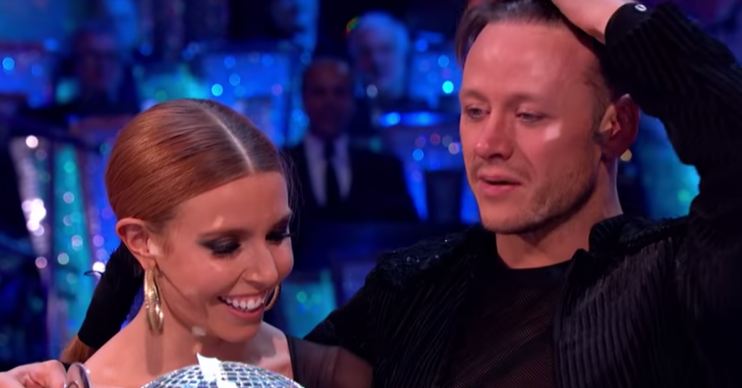 Reportedly regretted decision after being paired up with Anneka Rice

The telly fave – who joined the show in 2013 – announced on Friday that he won’t be part of the next series of the BBC One dance show.

But now it has been reported he actually planned to go out on a high after winning the Glitterball Trophy with now-girlfriend Stacey Dooley in 2018.

But Kevin was persuaded to return for the 2019 series – and reportedly regretted his decision as he and celeb partner Anneka Rice exited the competition in week three.

He hoped to follow his and Stacey’s win with more success.

“His head was turned by the money. But he was talked into coming back with a lot of flattery about ‘King Kev’ being the most-loved pro dancer on the show.

“He hoped to follow his and Stacey’s win with more success. Instead he was paired with Anneka, who – lovely as she is – was never going to the final.”

Meanwhile, Kevin is said to have denied another tabloid report that suggested Stacey urged him to move on because of the ‘Strictly curse’.

An unnamed source was quoted as telling Mirror Online: “Things with Stacey have grown very serious. Kevin doesn’t want anything to ruin their relationship – or his ­reputation as a dancer.”

They are said to have continued: “Stacey knows how intense things can get for contestants. After all, she’s been there herself.”

However, a representative for Kevin is said told The Sun Online: “There’s no truth in any speculation. Stacey was in full support of Kevin’s decision.”

Kevin, 37 , tipped his hat to late host Sir Bruce Forsyth as he confirmed his departure on social media.

He wrote: “The past 7 years have been some of the most wonderful years of my life. I am grateful to the BBC and Strictly Come Dancing for giving me the opportunity to have been a part of something truly special.

“Since first being called Kevin From Grimsby by Sir Bruce Forsyth in 2013 I have experienced the highs of 5 finals, winning a Guinness World record on It Takes Two, the Strictly Arena tour Glitterball and then the ultimate of winning the 2018 series with Stacey Dooley.

Hailing her man in a heartfelt Instagram post of her own, Stacey wrote: “[Kevin] …will always be the King of Strictly. Well done darlin. Watch this space!!!!”