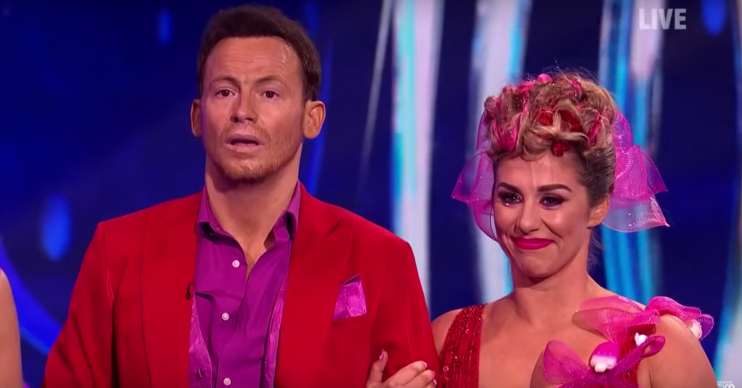 Joe Swash’s Dancing On Ice training has left him “right on the edge”.

The former EastEnders actor – who will compete in the final of the ITV skating show with partner Alex Murphy this evening – admitted the gruelling practice schedule has pushed him to his limits and he’s feeling “quite emotional”.

He told the Daily Star Sunday: “For the past couple of weeks I’ve been right on the edge physically, mentally and emotionally. It’s such a tough show and the hours are so long.

“It’s had me in a right mess. I have 10-minute periods where I have a little breakdown. There have been tears. I’ve had ups and downs.

“It doesn’t take a lot to wobble me at the moment. I feel so tired, I’ve just felt quite emotional. You can lose perspective.”

There have been tears. I’ve had ups and downs.

The 38-year said how he and Stacey as a couple know how best to support each other because they both work in entertainment.

But he also admitted that the series had been a long one – and he hadn’t appreciated to what extent DOI would dominate his personal life.

Reeling off how he is focused on the show 10 hours a day every day of the week, Joe also joked he sees more of Rex on Instagram that in real life.

But he’s still thankful little Rex recognises him on FaceTime over the phone, even though he feels “guilt” as a dad.

However, win or lose in the series finale, Joe plans to celebrate – and can’t wait to enjoy a drink.

He joked he wants Stacey to take the kids home once the show is all done because he doesn’t want them to see him get “bad”.

Noting he hasn’t had a drop of booze in four month, Joe added he will end up as “drunk” as a teenager.

Joe will compete against Paralympic sprinter Libby Clegg and Diversity star Perry Kiely to claim the DOI trophy in this evening’s series finale.