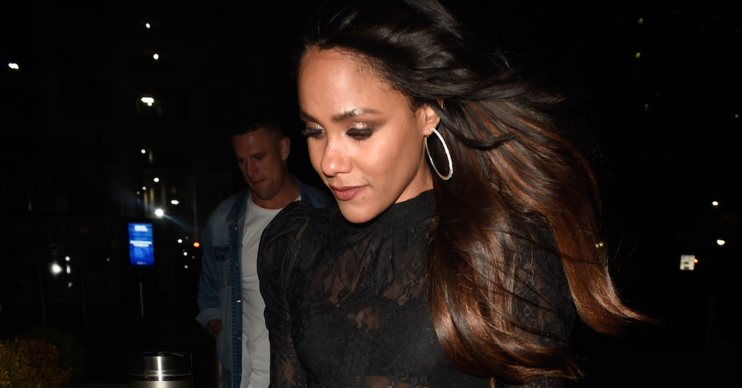 She reckons it is 'the best thing she's ever done'

Alex Scott is undergoing therapy to cope with internet abuse, she has revealed.

The Strictly Come Dancing star admitted that trolling led her to start seeing a therapist, which she calls “the best thing I’ve ever done”.

According to The Sun, former England footballer Alex said: “The past year has been really hard in terms of trolling.

“It led me to go and seek therapy, to speak about it. And it’s the best thing I’ve ever done.

“I would say I’m still on a journey. I’m still in therapy so I’m still learning how to communicate with my emotions more.”

Alex, 35, admitted she tried to ignore the abuse at first – and didn’t want to worry her family and friends by telling them about it.

The past year has been really hard in terms of trolling.

She also explained that those who cannot appreciate the attention she comes in for often cannot why it is hard to block out the trolls, or just come off social media completely.

Alex also added she didn’t want her loved ones to come under the same kind of “pressure”, or worry about her, saying that when she was with her friends she very much wanted her time with them to be about something else than her being trolled.

However, she has vowed not to let the haters drive her away from social media and insists there is ‘no shame’ in talking about coming in for such attacks.

On a happier note, Alex was among several Strictly stars to have paid tribute to Kevin Clifton over the past couple of days, following his announcement he is leaving the BBC One dance series.

“You are a complete legend and it’s going to be strange watching next year without you there.

“Good luck with the next, new exciting chapter of your life x.”

According to a newspaper report, Kevin could be heading to the West End to star in his own show as his next move.