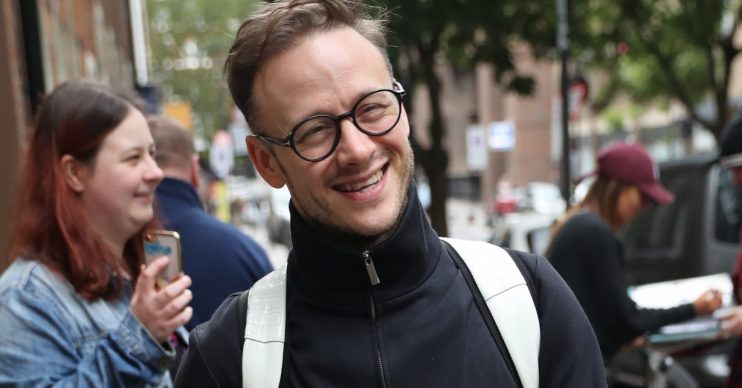 Professional dancer Neil Jones has thanked Kevin Clifton helping him get his job on Strictly Come Dancing after the shock news that Kev has quit the show.

Kevin, 37, announced on Friday that he is closing the door on Strictly seven years after first appearing on the hugely popular BBC One entertainment series.

Fans have been left saddened by his departure, and they aren’t the only ones. His co-stars are gutted too!

Taking to Instagram, Neil has paid homage to his pal, revealing that he has a huge amount to thank him for.

“Now we’ve known each other since we were kids and I remember the day you called me up to ask if I was interested to come and help out during Strictly rehearsals which was basically my way on to the show.

“You are a great, talented and passionate guy who manages to watch football, WWE and listen to a podcast all at the same time while drinking a tea and holding a conversation (now if that’s not a talent).”

Neil went on to thank Kevin for standing in for him last year, after a knee injury forced him to bow out of the show for several weeks.

He continued: “You have always been there for me when I needed you including last year when I got injured and I can’t wait to see what the future holds.

To the entire Strictly family, The past 7 years have been some of the most wonderful years of my life. I am grateful to the BBC and Strictly Come Dancing for giving me the opportunity to have been a part of something truly special. Since first being called ‘Kevin From Grimsby’ by Sir Bruce Forsyth in 2013 I have experienced the highs of 5 finals, winning a Guinness World record on It Takes Two, the Strictly Arena tour glitterball and then the ultimate of winning the 2018 series with Stacey Dooley. After finishing last series with the Children In Need trophy and the Christmas Special I want to leave on a high and have therefore decided the time has come to move on and focus on other areas of my life and career. I want to thank all of the pros for inspiring me every day as well as all of my celebrity partners. The whole team behind the scenes have made always made the Strictly family what it is and the loveliest show to work for. Thank you to anyone who has ever voted for me and my partners. It means the world. And a special thank you to Jason Gilkison for always believing in me. To me Strictly always has been and always will be the best show on tv and has been an absolute dream and honour to be a part of. Pre 2013 I used to watch every week. Now I look forward to returning to being a fan and cheering on my friends who keep dancing. Kevin Clifton

“The Strictly audience will miss you but we all know you will do great stuff. 💪🏻 #teamred.”

Kevin announced he was leaving Strictly on Friday, alongside a lengthy statement on social media.

The star highlighted his favourite moments on the show and thanked all the cast, crew and celebrities he has worked with over the years for “inspiring” him.

The strictly audience will miss you but we all know you will do great stuff.

Kevin hasn’t given a reason for his departure, but wrote: “To me Strictly always has been and always will be the best show on tv and has been an absolute dream and honour to be a part of.”

“You always brought your heart and soul to every aspect of @bbcstrictly & I truly admired watching you in action all these years.

Do you want a lift to your next adventure @keviclifton ??Excited to hear your news today because you’ll have something MASSIVE up your sleeve! #strictly #newhorizons #adventure #helicopter #dancing #strictlybusiness #kevin

“Good luck in your future endeavours ‘Kevis’!! I’ll miss you, and I love you! #KevinFromGrimsby.”

And Kevin’s most recent celebrity dance partner, Anneka Rice, wrote on Instagram: “Do you want a lift to your next adventure @keviclifton ??

“Excited to hear your news today because you’ll have something MASSIVE up your sleeve! #strictly #newhorizons #adventure #helicopter #dancing #strictlybusiness #kevin.”

According to reports today, Kevin has landed his very own show in London’s West End. This is said to have played a big part in his decision to bow out of Strictly.