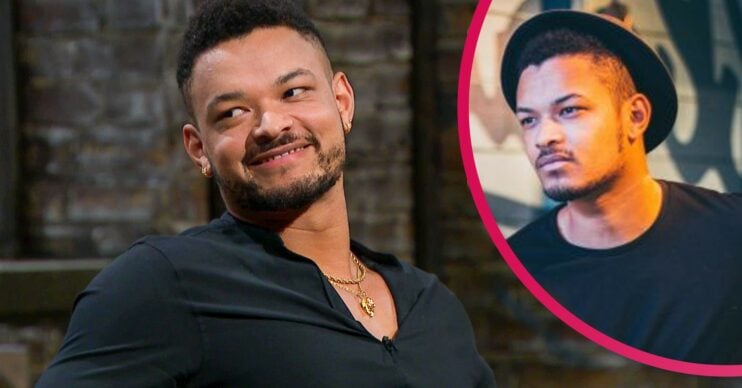 OPINION: Steven Bartlett is the BEST thing to happen to Dragons’ Den in years – here’s why

Steven Bartlett joined Dragons’ Den in early 2022, but he doesn’t feel like a newbie anymore – in fact, we think he OWNS the show.

After just a few episodes, the entrepreneur is, in our opinion, the BEST thing to happen to Dragons’ Den in years!

Steven has improved a show we didn’t even think needed improving.

Don’t get us wrong, we liked Tej Lalvani.

Viewers will know that Tej announced he was leaving the show after four years to focus on his business Vitabiotics.

At 29, he’s the youngest Dragon to ever join the series – and the first black Dragon.

His youth and background is definitely part of the appeal.

He’s aware of current trends, on top of what works in the modern market, and up to speed with social media – something that has landed him in trouble with his fellow Dragons.

Steven has clashed with his co-stars because they think he is obsessed with Instagram and social media.

But we are living in a social media world, and he’s riding the wave.

Dragons’ Den needed this injection of something fresh and new after 17 years on our screens.

He’s so different to the rest of the investors, he adds something valuable.

Not to mention his marketing background, again something different to his colleagues.

I struggled for years because my goals were short-term, intense and superficial: “look good for summer”.

As soon as my goal became long-term consistency and feeling good, everything changed. pic.twitter.com/aTCwODM8K1

And sometimes he can be brutally honest.

He reminds us of a young Peter Jones, only way cooler.

And he doesn’t take any nonsense from the other Dragons either.

He’s clashed with Sara Davies, and most recently Touker Suleyman (in episode six).

Steven won’t back down if he feels he’s being patronised by the older Dragons.

Let’s not forget, he founded a multi-million business in his early 20s.

So he has EVERY right to be there.

He’s worked hard to get where he is

Steven Barlett wasn’t born with a silver spoon in his mouth.

He’s a self-confessed school dropout, who once stole food from corner shops and foraged for loose change to keep his hunger at bay.

Yet he went on to start his own company from his bedroom and was a millionaire by age 23.

Steven Bartlett was born in Botswana to a Nigerian mum and a British dad.

The family (he is the youngest of four siblings) eventually moved to Plymouth, Devon, where they “struggled financially in a nice, white, middle-class area” – something he expands upon in his bestselling book, Happy Sexy Millionaire.

The experience of not having “the nice things other people had” drove him from an insecure boy to a chancer.

Now he hopes young people from less privileged backgrounds like his, especially minorities, will feel empowered.

Just a quick glance at his official social media accounts shows that he’s always trying to inspire others and inject them with confidence.

In fact we’d go so far as to call him Mr Motivator Mark 2.

It’s not just us who loves the new Dragon.

After his first appearance, one viewer tweeted: “Ohhh Steven is coming with a ‘fair’ vibe.

“This is a new vibe and I’m deffo digging it #DragonsDen.”

“He’s a breath of fresh air. Very direct questioning without being rude or patronising. Great job.”

A third added: “As expected, @SteveBartlettSC is brilliant on #DragonsDen.

See Steven Bartlett on Dragons’ Den every Thursday at 8pm on BBC One.

What do you think of Steven Bartlett’s contribution to Dragons’ Den? Leave us a comment on our Facebook page @EntertainmentDailyFix.