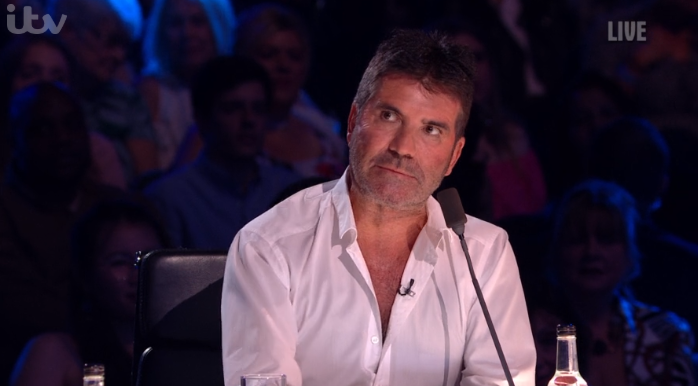 All four judges were in shock

A magic trick at Britain’s Got Talent auditions in Manchester on Monday backfired spectacularly – and nearly caused Simon Cowell to reportedly pull the plug on the event.

It’s been reported that the complicated magic trick involved an escapologist, who was submerged in water and chained in position.

Then all four judges – Simon Cowell, Amanda Holden, David Walliams and Alesha Dixon – were given keys which were supposed to free the performer at the end of the stunt.

David looked absolutely mortified as Simon started trying to signal producers to stop production and a medic was called in.

In a mix-up, David’s key weren’t retrieved – leaving the escapologist in danger and a panicked Simon almost cancelling the whole thing.

Adding to the horror, the magician was unable to breathe because he was chained down. The key was eventually fetched and the escapologist was released to safety in the nick of time.

A source told Metro.co.uk: “It was horrible. David looked absolutely mortified as Simon started trying to signal producers to stop production and a medic was called in.

“It looked like it was part of the act to begin with, but it soon dawned on everyone that it wasn’t. That this was a real problem that threatened their safety.

“Thankfully they were able to correct themselves but there was a real moment where we thought it could end in disaster and it was clear everyone was beginning to panic.”

Britain’s Got Talent auditions have certainly been eventful so far.

David Walliams showed off some impressive prosthetics as he disguised himself as a bearded security guard in an image he shared on his Instagram page.

In charge of security today @bgt

Meanwhile, some of the hopefuls at auditions have included a man who paints pictures with his private parts (yes, really) and a Voldemort drag queen. Ant and Dec are also back on the show.

Read more: Britain’s Got Talent The Champions viewers furious they don’t get to vote in the final

Last year, Colin Thackery was winner of the show. The English Korean war veteran was the oldest ever winner of BGT at 89 years old.

Britain’s Got Talent will air later this year on ITV.