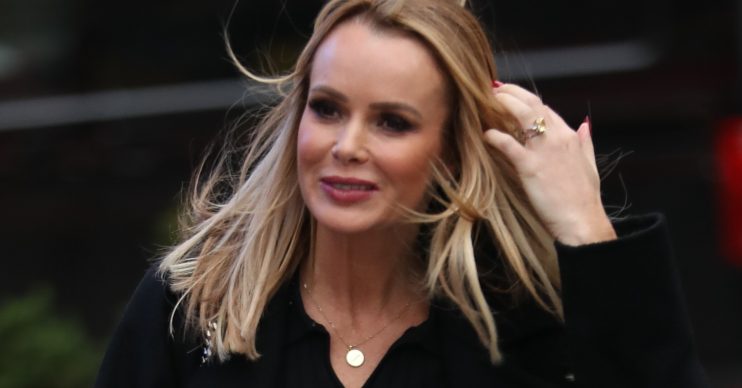 What a stunning bob!

TV judge Amanda Holden couldn’t have looked prouder as she showed off her new hairdo on Instagram.

The 48-year-old Britain’s Got Talent star debuted an immaculate golden bob at yesterday’s auditions for the ITV entertainment series.

Proudly revealing her sleek and chic styling by posing with her right hand on her hip and accessorising with a killer pout, Amanda joked she was emulating another social media icon.

Fans couldn’t get enough of her fresh blonde look, either – with thousands upon thousands of Insta followers giving her the thumbs up.

“No Kardashian has anything on you, my lovely.

She was also deluged with ‘fire’ emojis in the comments section, as well as gushing praise from celebs pals such as Sheridan Smith, Ashley Roberts, Catherine Tyldesley, Natalie Appleton and Vicky Pattison.

“Oooh, love the hair, it really suits you,” remarked one delighted fan.

“No Kardashian has anything on you, my lovely,” added another huge supporter.

And yet another person raved: “I don’t think there’s anyone more beautiful.”

Despite being a magnet for attention on social media with her stunning her hair, Amanda let daughter Hollie steal the show during auditions held last week.

The 7-year-old sat in her mum’s seat as filming got underway for the upcoming series – and even pressed the Golden Buzzer button!