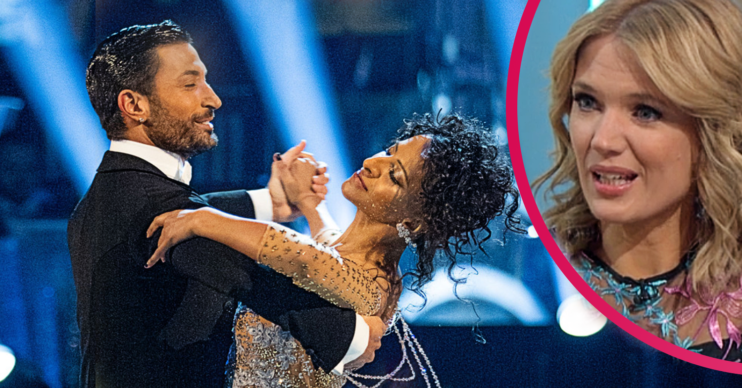 Ranvir Singh and Strictly Come Dancing partner Giovanni Pernice were “robbed” of a place in the dance show’s final, according to GMB colleague Charlotte Hawkins.

Charlotte, 45, appeared on today’s edition of Lorraine (Tuesday December 15) and stuck up for her friend and co-host.

Ranvir and Giovanni were eliminated from the Strictly semi-final at the weekend.

What did Charlotte say about Ranvir Singh and Giovanni?

“How well did our Ranvir do on Strictly?!” asked Lorraine Kelly.

“I know, she was brilliant,” Charlotte replied.

“She claimed she had no dancing experience, but you take a look at that… she’s obviously had this sort of ballroom dancer inside of her that’s been bursting to come out.

“I think she was robbed, she should still be in there for the final. She did phenomenally.”

What else did Charlotte say about Ranvir and Giovanni?

Lorraine responded: “I’m actually not happy. Not happy at all.”

The host then asked Charlotte about her own Strictly experience.

And Charlotte – who appeared in the 2017 series – recalled the hard work it took.

But there’s nothing like it. It’s an amazing experience.

She said: “I wake up at 2.45am. I know from having done it myself, when you have to go on and do 10 hours of dance training at the end [of your show in the morning], it is really full on.

“But there’s nothing like it. It’s an amazing experience.”

What did Piers Morgan have to say about it all?

“Travesty! They should be in the final…” Piers tweeted.

And his followers agreed with him.

One said: “Her waltz was absolutely beautiful. No way on this earth should Jamie [Laing] and Karen [Hauer] have got through, he’s been consistently awful week in, week out.”