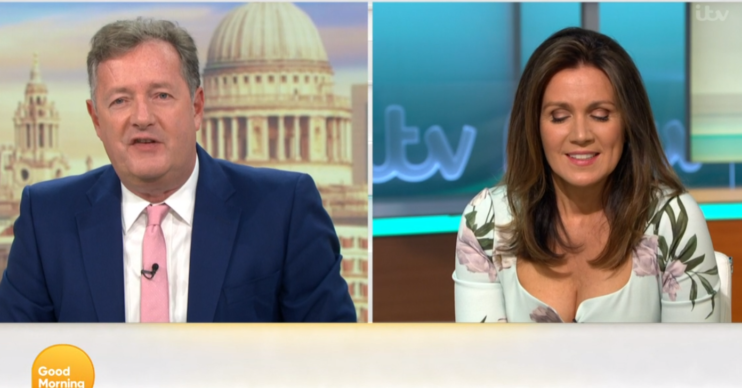 Piers was burgled on holiday in the South of France

Piers Morgan has warned burglars who robbed his South of the France holiday home that he will find them.

The presenter returned to Good Morning Britain on Tuesday after enjoying the summer off.

Upon his return, Piers opened up about his France holiday and the terrifying moment the villa he was staying in was burgled.

Piers said: “I got burgled on the last night… a bunch of thieves in the house in the bedroom as we slept.

“A flying squad London detective contacted me and some of his family had been robbed in Cannes the same week, and he thought it was the same gang.

“I can remember a few days before it happened a drone coming over.

“They were working out who was in the villa where to go.”

Later in the programme, Piers warned he will find the burglars.

He discussed a woman called Elaine, who won £2.7million on the lottery 25 years ago and kept her supermarket job.

When asked how long he could keep £2.7million before spending it, Piers said: “At least a week.”

Susanna said: “In the South of France.”

Piers continued: “In the South of France before it would all get nicked by some disgusting scumbag of a burglar, creeping round my bedroom in the middle of the night.

“And yes, I will find you. It’ll make Taken look like a tea party. I’m serious, I’m going to find you.”

Writing in the Daily Telegraph, Celia, who married Piers 10 years ago and received the item as a fifth anniversary gift,  said: “The jewellery part did sting. It still stings now, almost a week on.

Read more: Piers Morgan threatens to ban trolls from watching GMB ahead of his return