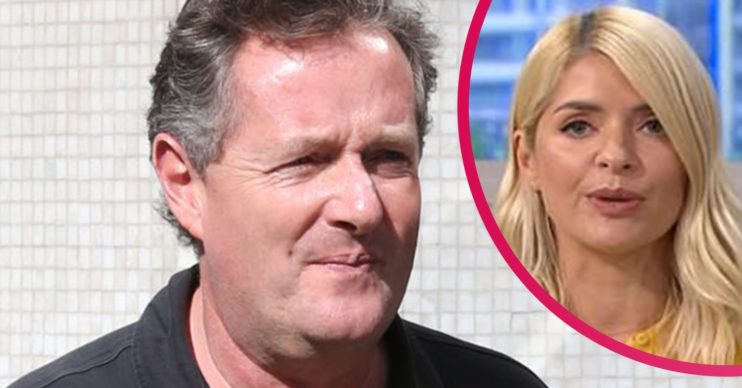 She was only trying to be nice!

However, Piers said the pricey course looked far too boring for his fiery self.

Taking to his Daily Mail column, he said several of his celeb pals have rallied around him – including the well-meaning Holly Willoughby.

Piers explained: “Holly then sent me a link to one that costs £249 for seven hours of meditation technique training live broadcasted to my home, which would include advice on ‘managing difficult situations’, ‘nailing interviews’ and ‘making hangovers less horrible’.

“And I’d even get my own personal meditation sound to repeat softly in my head! This would apparently all ensure I am ‘no longer ruled by my emotions’.

“Problem is that I can’t imagine anything more boring than not being ruled by my emotions.”

His new diary column comes just a day after he vowed to ‘tell his truth’ in the wake of his GMB exit.

Taking to Twitter, he tweeted: “Time for America to hear MY truth…”

Indeed the polarising star will be giving an exclusive interview with US conservative host Tucker Carlson.

This will be the first official interview following his departure from Good Morning Britain.

The former CNN host stepped down after he refused to issue an apology to Meghan Markle.

What did Piers say about Meghan Markle?

He had said he didn’t believe any of her claims in her interview with Oprah Winfrey.

He also infamously walked off set after Alex Beresford confronted him over his Meghan accusations.

On the day after his exit, he told reporters: “I don’t believe almost anything that comes out of her mouth…

“If I have to fall on my sword for expressing an honestly held opinion about Meghan Markle and that diatribe of bilge that she came out with in that interview, so be it.”

Within Meghan’s interview, she told “her truth” about her time in the Royal Family as a once-senior royal.

She claimed that the Palace refused to provide her mental health help and that racist comments had been made about her son Archie.

Piers’ interview is due to air on Monday on US streaming service Fox Nation.