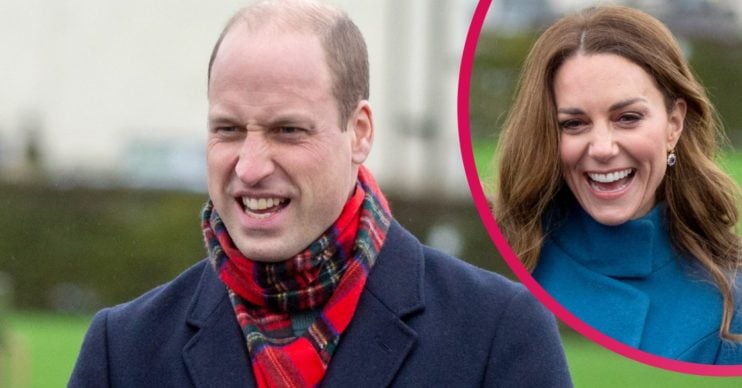 The Duke and Duchess of Cambridge shared a message with their social media followers on Sunday (April 4), but their choice of imagery left some scratching their heads.

What did Prince William and Kate Middleton share for Easter?

On their Twitter account, the royal couple posted a GIF of a rolling pin smashing a chocolate egg to pieces.

The clip runs in reverse, showing the pieces coming together into a complete egg decorated with the words ‘Happy Easter’.

“Wishing you all a safe and happy Easter,” they wrote in the tweet, along with a chick emoji.

Wishing you all a safe and happy Easter 🐣 pic.twitter.com/kYwv79hrvV

— The Duke and Duchess of Cambridge (@KensingtonRoyal) April 4, 2021

In the replies, fans called the GIF “odd” and a “a tad bit violent”.

One said: “Mmm that’s quite an odd GIF… but Happy Easter to you all.”

A second wrote: “What a bizarre choice of video!”

Wishing you all a safe and happy Easter.

A third shared a GIF of their own captioned: “OMG.”

“A tad bit violent, but amusing nonetheless,” said a fourth.

“RIP Humpty Dumpty,” someone else joked.

Mmm that’s quite an odd gif…. But Happy Easter you all.

What a bizarre choice of video!

However, some appeared to think the GIF was supposed to be symbolic of the story of Jesus’ resurrection.

“He is risen, indeed,” wrote one follower.

“Happy Resurrection Day to you all,” said another.

In other news about the Cambridges, Prince William was reportedly “reeling” over his peace talks with his brother, Harry, ‘leaking’.

In March, Meghan Markle‘s pal friend Gayle King revealed on CBS This Morning that the Duke of Sussex had ‘unproductive talks’ with his brother and their father, Prince Charles.

It followed the Sussexes’ explosive interview with US host Oprah Winfrey.

Speaking to Us Weekly, an insider said: “William was left reeling. He says it was a cheap shot to leak details of their private call and that he twisted the truth.”

They also claimed William now “feels uncomfortable” about speaking to Harry over the phone, adding: “He’s putting himself at risk of the same thing happening again.”