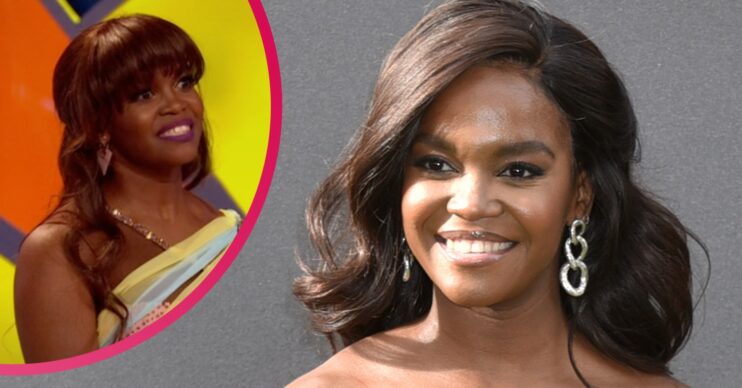 How to pick between Oti and the Strictly stars?

Ex-Strictly star Oti Mabuse and her new show will go head-to-head with the Strictly Come Dancing pros’ live tour, it has been revealed.

However, Oti revealed back in February that she was quitting the show after seven years.

And it turns out one of her new projects will clash with a show starring her ex Strictly colleagues.

Both Oti’s I Am Here tour and the series of shows featuring the Strictly pros begin on the same date.

Each tour starts its run on Thursday April 28.

Oti’s begins with three dates in Cardiff, while the Strictly stars kick off theirs in Manchester.

However, Oti and her old pals will all be in the Welsh capital on Saturday April 30, going head-to-head in the same city.

And while the Strictly pros’ tour wraps up at the end of May, Oti’s will continue until several weeks later in July.

Why Oti is dancing again?

Oti made it clear that performing will also be a huge part of her life when her Strictly departure was announced.

She said in a statement: “Dance will always be my first love and to everyone, my family especially, friends, Strictly fans and judges who have been my support throughout my Strictly journey, thank you for being incredible!

Dance will always be my first love.

“You are irreplaceable in my heart and have made everyday unforgettable! I love you.

“I will always Keeeep Dancing! And I will never forget my amazing Strictly experience!”

And even though there will be only a couple of months between her final Strictly appearance and her tour, Oti has certainly squeezed a lot in!

Since Strictly’s December final – in which Oti didn’t compete – she has been a very visible star for ITV.

She appeared as a Dancing On Ice judge for every programme in the 2022 series. And she also proved a good sport during pranks for Saturday Night Takeaway.