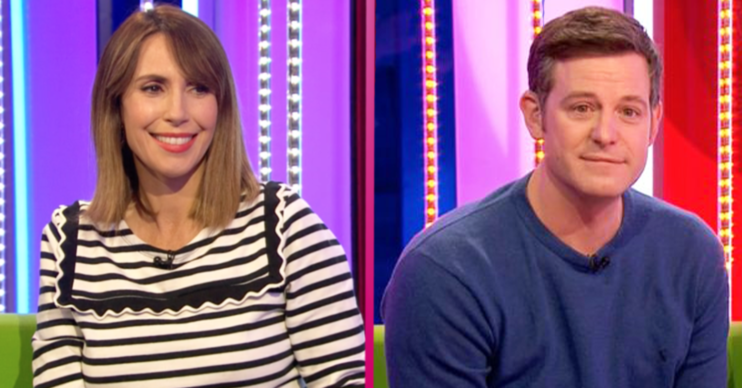 He'll be reunited with the lovely Alex Jones

Matt Baker is returning to The One Show – a year to the day since he left.

The TV presenter hosted his final One Show on March 31 2020.

And, a year to the day since his emotional exit, Matt is making a comeback.

Why is Matt Baker returning to The One Show?

Matt returns to The One Show tonight (March 31).

He’ll be reunited on screen with his former co-host Alex Jones, who recently announced her pregnancy.

However, for those hoping Matt will be back for good, or presenting alongside Alex again, we’re sorry to be the bearer of bad news.

He’s appearing on the show to talk about his new TV programme, Our Farm In The Dales.

What did Alex Jones say about Matt’s comeback?

Alex told viewers about Matt’s return at the end of last night’s show.

Signing off, she said: “We will be back tomorrow with Matt Baker and his family, to see what he’s been up to a year since he left this very sofa.”

It’s not the first time Matt has returned since he left, though.

He took part in the show’s Rickshaw Challenge in November last year, raising money for Children In Need.

We will be back tomorrow with Matt Baker and his family, to see what he’s been up to a year since he left this very sofa.

Alex and Matt have remained firm friends since Matt’s departure and, when she recently announced her third pregnancy, he was one of the first to comment.

Confirming that his One Show comeback won’t be a long-term thing, he apologised that he wouldn’t be around to cover her maternity leave this time around.

Commenting on Instagram, Matt said: “Beautiful news – just sorry I’m not there to cover your maternity leave this time around.”

He added: “Lots of love from all the Bakers (but you know that anyway).”

What is Matt’s new show about?

Matt’s new show, Our Farm In The Dales, starts tonight on More 4 at 9pm.

As the name suggests, it follow’s Matt’s new life on the family farm that he grew up on.

The show will feature his mum Janice and dad Mike.

Matt’s wife Nicola and their kids Luke and Molly will also feature on the show.

Head to our Facebook page @EntertainmentDailyFix and tell us if you’re excited for Matt’s One Show comeback.