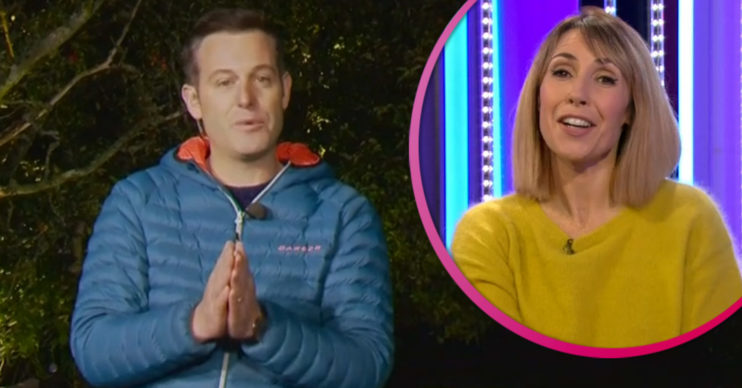 The One Show: Matt Baker returning for Rickshaw Challenge

Matt left the show officially in March this year

The One Show will see Matt Baker return for its annual Rickshaw Challenge.

The presenter announced he was quitting the show after nine years back in December last year and formerly left in March.

However, fans are thrilled as Matt will be returning for the 10th Rickshaw Challenge to raise money for BBC’s Children in Need.

Matt will join six young people for the challenge, which will see them ride 322 miles in the grounds of the Goodwood Estate in Sussex.

They will take on the challenge starting November 6.

During Thursday’s edition of the show, host Alex Jones announced the news.

Matt said: “It’s lovely to be back on the show! Yes we are back, very safely this year, and I’m going to give you the details of how we’re going to make this happen.

“I’m really excited we’re actually going to be able to give it a go.

“10 years ago this started. I had no idea what this thing would turn in to.”

I’m really excited we’re actually going to be able to give it a go.

In a statement, Matt added: “In a year that has been tough for everyone, I am delighted that we can bring the Rickshaw Challenge back for the 10th year.

“In the spirit of doing what we can, we’re doing our best to make it as safe as possible for everybody involved and that includes our supporters that would usually come out to see us.

What did The One Show fans say?

“So this year instead of coming out on the streets we’re asking people to support us from the comfort of their own homes by tuning in to The One Show each evening.”

Read more: The One Show: Jermaine Jenas wins over viewers

Fans were thrilled to see Matt back on the show.

One person said: “So good to see Matt! Good luck to all the amazing young people taking part. So humbled.”

Another wrote: “Delighted to see Matt tonight. Miss you on the show.”

A third added: “So great to see Matt back doing the Rickshaw challenge… he’s a legend!

“Should be Knighted for what he has done in raising money for Children In Need!!”

Matt announced his decision to leave The One Show last December.

At the time, he said: “The One Show has been a massive part of my life for almost a decade now, and I have loved every second of being a part of it, but I am leaving this green sofa in the spring.

Do you miss Matt on The One Show? Leave us a comment on our Facebook page @EntertainmentDailyFix and let us know.