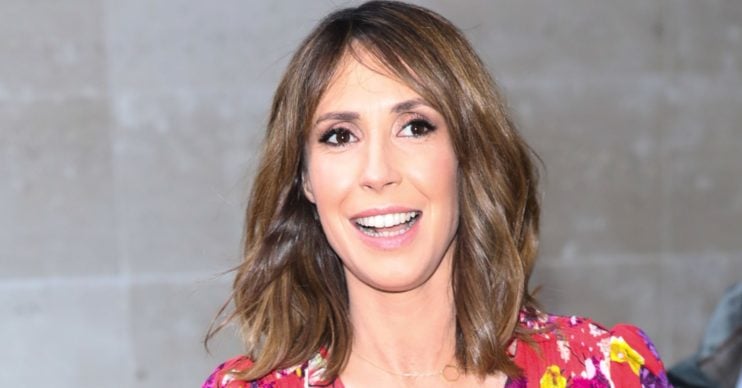 Baby number three is on the way

Alex Jones has given fans a glimpse of her growing baby bump for the first time.

The One Show host revealed how her body is changing on her Instagram Stories on Friday (March 26) evening.

The mum-of-two announced she is pregnant with her third child on the BBC One programme on Thursday (March 25).

Alex uploaded snaps showing her in the same outfit she wore during Friday’s episode of The One Show.

One image shared on her Stories showed her standing front on, with her hand on her hip.

Read more: Alex Jones announces she is pregnant on The One Show – who is she married to?

But another saw Alex pose from the side, cradling her bump with her right hand as she took a selfie.

“There is she is,” she captioned the pic, alongside a pink love heart emoji.

TV host thanks fans for their well wishes

A grateful Alex offered her profuse gratitude during Friday’s The One Show for all the well wishes she had received.

She noted she had read all of the messages sent her way on social media.

Alex also thanked her followers on Instagram and Twitter, emphasising how much she appreciated the outpouring of love sent her and her family’s way.

It means the absolute world.

She wrote on Twitter: “Thank you so much to every single person that has sent their congratulations to us.

“It means the absolute world.

“Reading your messages really has been the icing on the cake during this special time.

“A massive thank you for us four.”

How Alex revealed her baby news

Alex made her announcement on Thursday on TV following an item about babies and new mums.

She said: “It seems like a good time to share some news with everybody, and the crew and the studio.

“Lockdown has been anything but predictable and we’ve had some really unexpected news.

“Baby number three is on the way!”

Already mum to sons Teddy, four, and Kit, nearly two, she added she and husband Charlie are expecting a girl.

On Instagram she described  the pregnancy as the “best surprise ever”.

A host of celebrity pals, including Louise Redknapp, Angellica Bell, Angela Scalon and Jermaine Jenas were quick to express their delight on Alex’s post.

Alex Jones Pregnancy The One Show