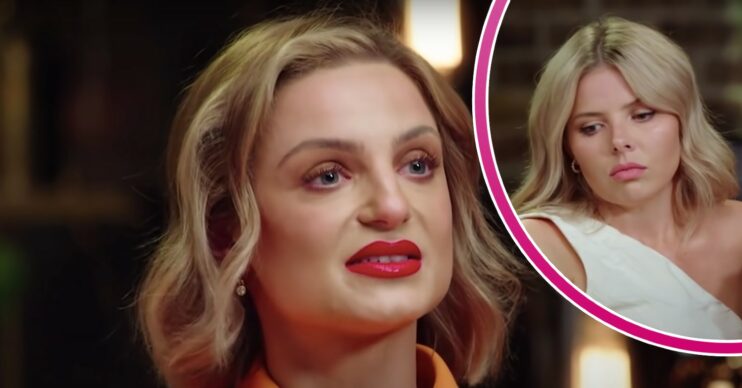 MAFSA season 9: All the chaos from the cast since the show finished

The drama still continues for the MAFSA cast, even when the cameras aren't rolling!

1. Jackson was caught cheating on Olivia

Jackson and Olivia were one of the few couples to still be together in the MAFSA reunion.

So it came as a surprise when Jackson Lonnie was caught cheating on his MAFS ‘wife’ Olivia Frazer!

Footage of the kiss spread and a source told The Daily Mail that their rock-solid relationship seemed to be hanging by a thread.

They said: “Liv is broken and torn about the whole incident and doesn’t know where she stands with Jack.

“They’re going to have a bit of a break and work out what they want to do and how they can move forward.”

It seems together is where they want to be as the relationship is still on.

But the drama hasn’t ended – there’s the small matter of them being on OnlyFans and Jackson being fired from his job after a video of him performing a sex act leaked.

2. Ella and Brent had a brief fling

Shortly after filming MAFSA, Ella and Brent spent a lot of time together which sparked a lot of dating rumours between the pair.

The duo later confirmed their romance in an interview with Nova FM’s Fitzy & Wippa.

Brent said: “We have kissed, guys.

“It just happened. But to be fair, I’m sure there were many more times that we wanted to, except I did get a little crook.

“I wouldn’t have kissed me either seeing the state I was in for a bit.”

However, their whirlwind romance swiftly came to an end after a source told Yahoo lifestyle that there was no spark between them.

They explained: “There are no hard feelings and no one is heartbroken, they both just realised the romance wasn’t really there.”

3. Jack has a new girlfriend

Jack Millar and Domenica were one of the sweetest couples on MAFSA.

The pair stuck by each other’s sides through a lot of tough challenges including Dom’s devastating photo scandal.

However, viewers were gutted when the couple revealed that they have split in the reunion episode.

Since then, Jack Millar has debuted his relationship with Love Island star Courtney Stubbs.

The pair posted a number of photos on Instagram together revealing their romance.

In one photo the couple were even seen sharing a kiss on a beach on the Gold Cost.

Samantha Moitzi was thrilled for her cast mate and commented: “Cute!!!”

4. Tamara and Mitch rumoured to be dating

Tamara and Mitch shocked everyone in the reunion when it was revealed that the pair had secretly been texting each other.

Although Mitch denied that there was anything going on between them on the episode, the pair have recently sparked dating rumours after being seen going out and looking very cosy together.

Speaking on Today Extra, Mitch’s ex ‘wife’ Ella said: “I don’t follow either of them on socials. I cut that off as soon as we could get back on our [Instagrams], I didn’t really want to see it.

“But they haven’t confirmed they’re official or anything… I don’t really know.”

After all the explosive fights and chaos on MAFSA, the feud between Olivia and Dom still isn’t over.

“One of the brides starts [bleep] about her husband. It was mortifying. It was vulgar.

“While talking [bleep] about her husband she starts throwing out things about Andrew that none of us had a reason to know.

Although she never confirmed who the bride was, followers decided it was obvious who she was talking about!

She said: “I think we were talking about the [MAFS cast] before our season and that there were rumours that people were sleeping together and having threesomes.

She then went on to explain that Olivia ‘re-framed’ the story to work in her favour.

Dom said: “As we know stories are chosen to work in people’s favour and so me wanting to [bleep] Andrew apparently works in their favour to try and bring me down and make me look like a horrible person.”

6. Daniel confesses that Carolina saved him from steroid addiction

Daniel and Carolina were one of Married At First Sight’s most controversial couples as they both had an affair, cheating on their spouse with each other.

However, since filming the show Daniel has opened up about his addiction to steroids and how his girlfriend Carolina helped him kick his habit.

He told the Daily Mail: “It had just became a normal part of my life. I would tell people that I had come off, but we never really came off – we just lower the dose and do it less frequently.

“Carolina would murder me if I went back on them and I don’t want to anymore.

“She laid down the law about not taking them, explaining that you get this cooked mind where you think you’re never big enough or look good enough, and she always tells me how I look good now – way better than on steroids.”

7. Samatha has a new boyfriend

Although she struggled to find love on Married At First Sight Australia, Samantha appears to have finally found her happily ever after.

The brand manager debuted her boyfriend on her Instagram the other week.

She shared a post with her new tattooed beau while doing the Byron Bay Lighthouse walk.

Shortly after Cody brutally dumped her on Married At First Sight, Selina was reportedly dating her fellow cast mate Al.

The pair were seen going out together a couple of times and rumours of a blossoming romance between the two began.

However, Selina crushed all hopes of the pair dating and said that they’ll always just be friends.

Speaking to the Daily Mail, she said: “I love Al. I’ll always have so much love for him, but we’re just friends.”