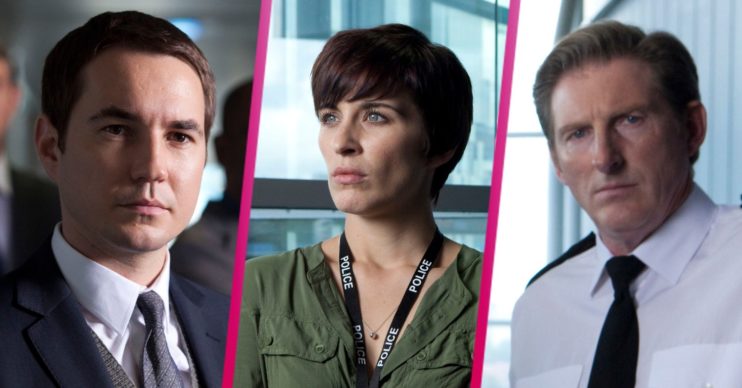 It's airing Mondays and Tuesdays on BBC One

Line Of Duty had viewers in a tizz when it returned to BBC One this week.

The hit cop drama, which is back for a rerun, trended on Twitter as Brits flocked to tweet about AC-12 and our first introduction to its members, including DS Steve Arnott (Martin Compston) and DI Kate Fleming (Vicky McClure).

What did viewers say about the Line Of Duty series one rerun?

But a number of telly fans panicked as they saw posts about Line Of Duty flooding social media.

Many worried they were missing the opening episode of Line Of Duty series six – and said the shock almost ‘made them vomit’ or ‘fall out of their seat’.

Another wrote, with a crying-face emoji: “Damn it Twitter, I saw #LineofDuty was trending and thought it was a new series. You got me good!”

A third said: “Nearly had a heart attack then. Spotted #LineofDuty and thought I had missed a new episode. Phew.”

“I saw #LineofDuty trending and thought it was a new season,” tweeted a fourth, adding: “For those who haven’t watched it, it’s a great British cop drama. It’s really good!”

Someone else said: “Got excited for a minute thinking the new series of #LineofDuty had started and wondered how I hadn’t heard.”

Nearly had a heart attack then.

“#LineofDuty my heart dropped and I half vomited,” said a sixth. “I thought I missed the new season premiere.”

“Just nearly fell off my seat when I saw #LineOfDuty is on @BBCOne at 9pm,” said another. “Thought it was the new season. Ahh well, might as well start it again.”

Really? #LineofDuty my heart dropped and i half vomited. I thought I missed the new season premier

Series creator Jed Mercurio spoke last night about series six and revealed filming – postponed due to the coronavirus pandemic – will likely resume soon with a view to completing before Christmas.

He said of production resuming, in a Radio Times Q&A: “We do [know the date]. It won’t come as a surprise to us. There are a few things to figure out, but we’re working towards a day… I know a date has been talked about in the press, but as usual they got it wrong.”

“We are working towards a day and if we can get over all the hurdles we will be back filming.

“We’d love to be on air next year, so we really have to make sure we complete our filming before Christmas.”

Are you glad to have Line Of Duty back for a rerun? Leave us a comment on our Facebook page @EntertainmentDailyFix and let us know.