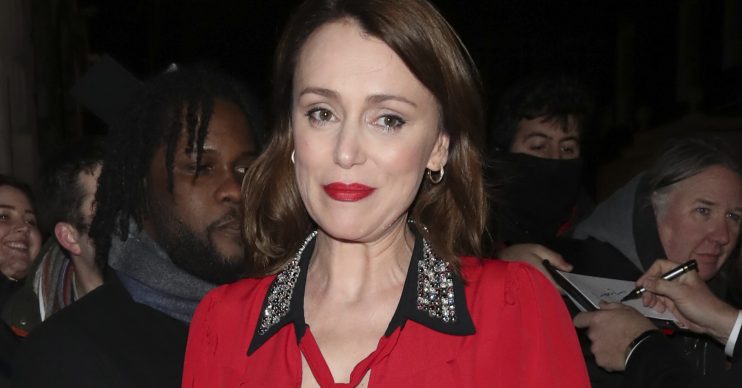 The Durrells actress Keeley Hawes is set to star in a new drama for ITV alongside a host of recognisable faces.

The Bodyguard and Line of Duty star, 43, will take on the lead role in Finding Alice – a six-part series about a woman whose husband disappears.

Other stars among the cast include Gemma Jones from hit period drama Gentleman Jack and Kenneth Cranham, of Bancroft fame, as Alice’s in-laws Minnie and Gerry.

Paranoid star Isabella Pappas, meanwhile, will play Alice and Harry’s teenage daughter, Charlotte, while Sharon Rooney from The Capture will take on the role of Nicola, Harry’s sister.

According to ITV, the show will focus on “Alice’s honest, raw, blackly comic journey of grief, love and life after the death of her husband Harry”.

Men have a habit of hiding stuff that they don’t want to deal with.

In a description of the series, the broadcaster teased: “After moving into their newly finished dream house, Harry dies after falling down the stairs.

“Having designed the weird and wonderful, yet impractical house before he died, the move is one more disorientation for Alice, alongside her sense of loss and abandonment.

“Her beloved partner of 20 years is no more, and now she can’t even find the fridge. If that were her only problem… men have a habit of hiding stuff that they don’t want to deal with, and Alice discovers that Harry was worse than most.”

RED Production Company CEO Nicola Shindler, executive producer of the series, said: “To have such a strong calibre of actors join the cast alongside Keeley to breathe life into these complex characters is incredibly exciting, and I look forward to audiences meeting them.”

Finding Alice isn’t Keeley’s only new project, as the actress is also due to star in an ITV drama about the investigation into the tragic murder of Banaz Mahmod, who was killed on the orders of her father and uncle when she left her husband and started a relationship with another man.