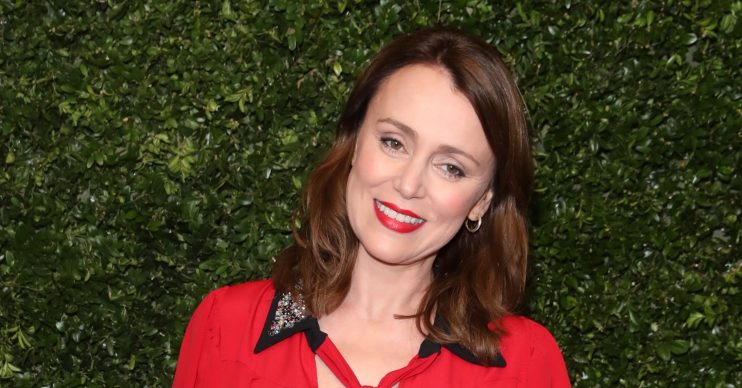 She's accepted it will be a part of her life forever

Keeley Hawes has revealed she faces an ongoing battle with depression, and believes it’s in her DN.

The Line of Duty and Bodyguard favourite revealed: “It’s something that never goes away. I think it is in your DNA if you suffer with it.

“I have become better equipped at looking after myself. I’ve tried various things over the years.

Keeping busy helps, being forced to carry on, because inevitably it will pass.”

Speaking to the Mail on Sunday newspaper about her additional anxiety, the 43-year-old actress explained: “It’s a very human thing, isn’t it, to worry about what you say and how you are perceived?”

Meanwhile Keeley has said the secret to her steamy sex scenes with Richard Madden in Bodyguard was that they “didn’t stop laughing”.

The actress played stern home secretary Julia Montague in the hit BBC One drama opposite Madden as her troubled bodyguard, David Budd.

Keely, 43, said she grew to trust her co-star for the number of “very odd” scenes they had to film together in the Jed Mercurio-penned series, and that they bonded over their lack of confidence.

Of her chemistry-filled intimate scenes with Madden, Keeley told You magazine: “The secret is we didn’t stop laughing.

“You know when someone just tickles you … and also, I think I can say this on his part, too, we’re not the most confident people you could meet and that’s nice to recognise in someone. I felt safe with him.

“We had some very odd things to do together – from being covered in blood while being shot at by a sniper to secretive sexual trysts – which means you have to trust each other, and I really did trust him.”

Keeley said she would love to star opposite Richard if he were to take on the role of James Bond.

She said she would love to be “creeping around after him” as a Russian agent.

The Durrells star also said that receiving praise for her work in Bodyguard by Oscar-winning director Barry Jenkins was “like a mini-Bafta”.

Earlier this year, the Moonlight director tweeted that was “riveting” in the role, adding that “she’s a buzzsaw just chewing through everything and everyone here, a wonderful counterbalance to Madden’s torque-filled edge”.

Hawes said: “I sent him a direct message because I was so over-excited, and he got straight back to me.”