It's a very rare disorder and he needs special care

Katie Price’s son Harvey has a rare genetic disorder, Prader-Willi syndrome, leaving him with complex needs and a long list of behavioural and medical conditions. But what condition does Harvey have?

And how will it affect his future?

What is Harvey’s condition?

It causes a wide range of physical symptoms, learning difficulties and behavioural problems.

Typical symptoms of Prader-Willi syndrome include an excessive appetite and overeating, learning difficulties and behavioural problems, such as temper tantrums or stubbornness.

Harvey also has Septo-optic dysplasia, autism and is partially blind.

Septo-optic dysplasia is the name given to the condition where a child is diagnosed with two or more of the following problems – optic nerve hypoplasia, midline brain abnormalities and pituitary gland abnormalities.

Harvey’s long list of behavioural and medical conditions has left him with the cognitive understanding of a seven-year-old.

He can become aggressive and violent as a result.

He recently refused to get off a plane because he didn’t want a family holiday to end.

Armed police were called to deal with the situation.

What is his prognosis?

There’s no cure for Prader-Willi syndrome.

Harvey must take a long list of medications to manage the symptoms and stabilise his mood.

Due to Harvey’s excessive appetite, one of Katie’s main challenges is to try to maintain a normal weight for her son.

According to the NHS, children with Prader-Willi syndrome can become dangerously overweight.

A child with the syndrome can eat three to six times more than other children of the same age – and still feel hungry.

Can he ever live a normal life alone?

Many adults with Prader-Willi syndrome take part in activities such as voluntary or part-time work.

But, because of their behavioural problems and learning difficulties, it’s unlikely they’ll be able to live fully independent lives.

She says: “Crisis point because it was effecting the other kids. It was the danger zone for him. Smashing the house up.”

Katie adds: “I hated him going to residential. I cried. But then I saw he was happy there. I made sure the bedroom was home from home.

“As a parent it’s important to give them the best future you can and help guide them.

“I could sit here now and say Harvey might not ever be able to live alone.

“How do I know in 10 years time he might be able to. He surprises us all the time.”

Will Harvey die young because of his condition?

However, compulsive eating and weight gain can cause young adults with the syndrome to develop obesity-related conditions.

These include type 2 diabetes, heart failure and respiratory difficulties.

If Harvey’s weight isn’t kept in check, sadly he could die a lot younger than would normally be expected.

Katie has been accused of causing Harvey’s condition by cruel critics.

Unsubstantiated accusations claim she drank and took drugs during her pregnancy – all of which she has furiously denied.

Prader-Willi syndrome is, in fact, caused by a fault in a group of genes on chromosome number 15.

This fault leads to a number of problems and is thought to affect part of the brain called the hypothalamus, which produces hormones and regulates growth and appetite.

This may explain some of the typical features of Prader-Willi syndrome, such as delayed growth and persistent hunger.

The genetic cause happens purely by chance, and boys and girls of all ethnic backgrounds can be affected.

It’s extremely rare for parents to have more than one child with Prader-Willi syndrome.

Who is Harvey’s dad?

The relationship between Harvey and his dad is virtually non-existent.

Katie became pregnant with Harvey, who was born in May 2002, while briefly dating former Premier League footballer Dwight.

Katie has previously begged Dwight to get in contact with his son.

She pleaded on social media: “Please see your son. Get in contact. Have a heart as Harvey doesn’t deserve the fact you see your other son and not him!

Katie Price: Harvey and Me on BBC One

This documentary follows Katie as she searches for a residential college for Harvey.

Not former glamour model Jordan, or famous Katie, but a mum who desperately wants the best for her son.

She needs an establishment that can cope with Harvey’s complex combination of problems, while allowing him some independence.

As Harvey turns 18, he and Katie explore the options of further education colleges.

Katie is told that if the placement doesn’t work for Harvey, it could start affecting his mental health and wellbeing.

The pair also meet other families with disabled young adults.

Katie says: “I’ve got to let Harvey have the best shot at life that he can.”

She recently hit at reports she was putting Harvey into care and struggling to cope.

Katie’s rep told ED! what the mum-of-five was hoping Harvey would achieve at college.

They said: “Like many parents of disabled children turning 18, Katie is actively looking for a residential college where he will go once he leaves school.”

The rep added that it would be “somewhere he will learn to live as independent a life as he can, learning life skills and socialise with peers – building invaluable friendships”. 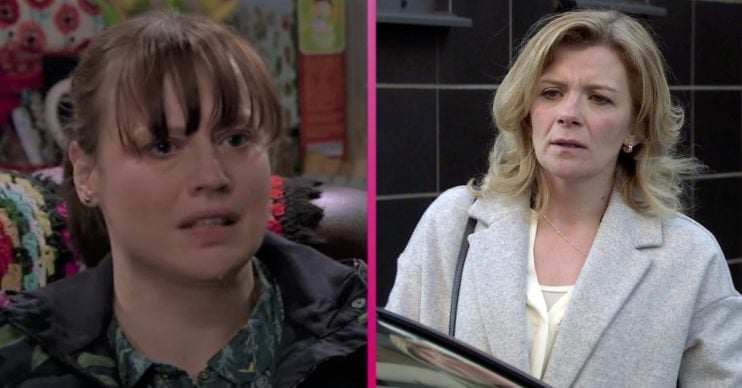