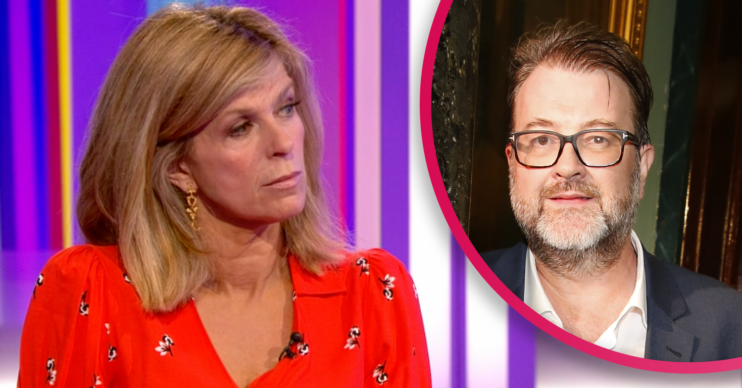 He's 'fighting to get out'

Kate Garraway appeared on The One Show last night (March 18) and offered an emotional update on husband Derek Draper’s “agony”.

Speaking to The One Show hosts Alex Jones and Michael Ball, Kate said if Derek’s battle is “tough” for her, it must be even worse for him.

He has been in hospital since March 2020 after contracting coronavirus.

Kate gave an emotional update on Derek‘s health as he continues to battle the after effects of coronavirus.

She said: “Coronavirus is horrific, the death numbers we still see are horrific, but it isn’t just that.

“It’s the fact if you get COVID and you’re lucky you live, if you’re unlucky you lose your life, but thank goodness Derek’s lucky, he hasn’t.

Read more: Kate Garraway shouts out for her husband in emotional trailer for Finding Derek

“But there’s a whole group of people who are trapped in the middle ground where the damage from COVID is so great that they’re not sure they can get their life back. And that’s where he is.

“The impact of it is more than just live or die.”

Kate added: “Derek is an extreme case. What he had is a prolonged disorder of consciousness which means there is reaction, it’s not like the COVID we see where people are lying there in a vegetive state – he opens his eyes.

“Before Christmas there was lots of progress with words and communication but what I feel like is I’m on a lifeboat somehow and he’s coming up and down.

“You’re on this precipice trying to hold on to him and there are moments when he bubbles up and you have some contact. It feels like you’re having to fill him with so much positivity because he’s going to sink down.”

Waiting for the call to say he’d ‘lived or died’

Looking back to the time when Derek was first admitted to hospital, Kate revealed she was living “minute by minute” waiting for a call to tell her that her husband had passed away.

“There were weeks and months of living minute by minute wondering if I was going to get the call to say that he’d lived or died,” she said.

He’s lived on his wit, and suddenly his brain, which we know controls the body, is no longer his friend and he’s fighting to get out.

“So you’re in this sort of strange kind of world where you’re existing minute by minute.”

What can we expect from the Derek Draper documentary?

Speaking about her documentary, Kate said viewers will see some of Derek’s “better moments”.

However, she warned they are “heartbreaking”.

“You’ll see some of the better moments, even though they are heartbreaking, where he comes up and then you see what must be agony for him.

“He is somebody who, both in his time before I knew him with his work in politics and since then with the work he’s done with mental health, his brain has always been his best friend.

“He’s lived on his wit, and suddenly his brain, which we know controls the body, is no longer his friend and he’s fighting to get out.

“So it’s very very tough, but I think if it’s tough for me it must be even tougher for him.”