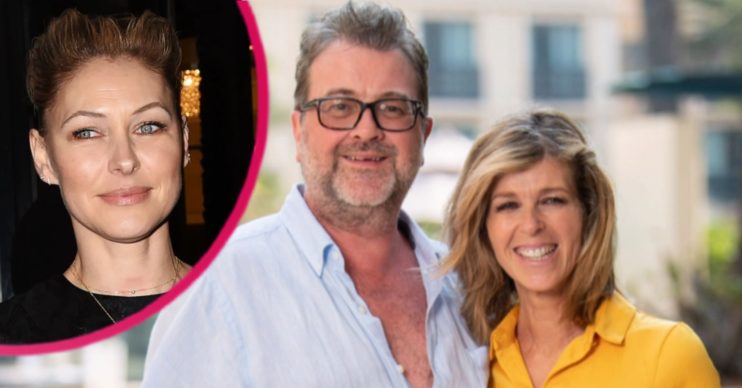 The Voice presenter offered her support over Christmas

Kate Garraway has opened up on the financial struggles she has faced since her husband Derek Draper’s coronavirus battle.

The 53-year-old Good Morning Britain host turned to pals for support after she stopped earning “quite suddenly” last March.

At one point, Kate was even helped by fellow TV star Emma Willis, 44.

Kate’s husband has remained in intensive care for almost a year, after he was admitted to hospital with COVID.

But despite her television background, the presenter admitted it hasn’t been financially easy for the family.

She told The Times: “Working in television, everybody does get paid a good wage compared with the nurses who are keeping Derek alive. But that obviously stopped quite suddenly last March.”

Discussing Derek’s ability to make financial decisions, Kate added: “Before Christmas, I felt like he did understand. But now I feel like he’s slipped back and I don’t really know what he believes, or feels.”

Furthermore, Kate has been faced with a series of problems at home.

As well as having her car stolen, the family’s fridge-freezer broke followed by failed heating and internet.

Meanwhile, just two days before Christmas, Kate was forced to call her agent to help arrange food for her children – 14-year-old Darcey and 11-year-old Billy.

How did Emma Willis help?

Thankfully, Kate has continued to receive support from her friends, including The Voice host Emma.

As the pair have the same management, Emma reached out to offer her support to Kate in the form of a food hamper.

Kate went on: “They sent over a hamper of Christmas goodies. So we had this extraordinary situation where we didn’t have any bread but we had canapés.”

Kate Garraway told her husband ‘may’ have died

Meanwhile, the GMB star recently revealed that there was a moment she was accidentally told that Derek “may have died”.

However, it turned out to be an awful mistake.

Kate explained she was waiting by the phone after accidentally being told the dreadful news.

She added: “Then it turned out that somebody had died who had a similar name to his.”

Read more: Kate Garraway: Finding Derek documentary: When is it on and what will feature?

Derek has since beaten coronavirus, but is yet to gain consciousness from his induced coma.