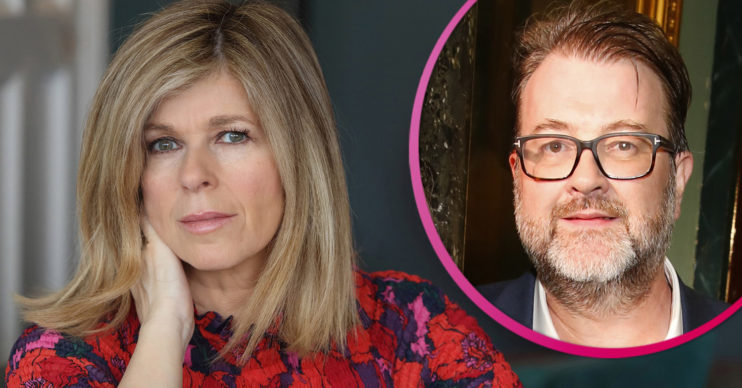 Kate Garraway screams for her husband in an emotional trailer for her documentary Finding Derek.

The GMB presenter’s husband Derek Draper has been in hospital for a year after being admitted with coronavirus last March.

Next week Kate, 53, features in a documentary about her life since husband Derek became ill.

Derek was placed in a coma for months and, despite now being out of it, the killer virus has ravaged his body.

In footage from the film, mum-of-two Kate can be seen sorting through things at home.

As she picks up a frame from a pile of items by a door, she screams: “Derek, I miss you!”

Earlier this week, other footage from the film revealed the first glimpse of Derek, also 53.

Over a shot of him in bed in intensive care, Kate comments: “Derek is the sickest person the team of doctors have treated that has lived.

“Is he going to be able to come back? Or will he be alive but no longer the person he was?”

She then adds: “You shouldn’t have to think like that.”

When is Finding Derek on?

The documentary will air on ITV next Tuesday, March 23, at 9pm.

Viewers will also be able to watch the one-hour film on ITV Hub.

The documentary will begin with Kate and her family from July 2020 and will bring viewers up to date, with it ending in March 2021.

Read more: Opinion: GMB needs a shake-up with Ruth and Eamonn at the helm

How is Derek Draper now?

Kate and her two children, Darcey and Billy, are living with uncertainty about Derek’s condition.

He has only fleeting moments of consciousness, suffered kidney failure, damage to his liver and pancreas and heart failure.

He also has holes in his lungs following bacterial pneumonia and several infections.

In an interview with the Sunday Times at the weekend, the former I’m A Celebrity contestant admitted: “I don’t know if he’ll have any kind of life again.”