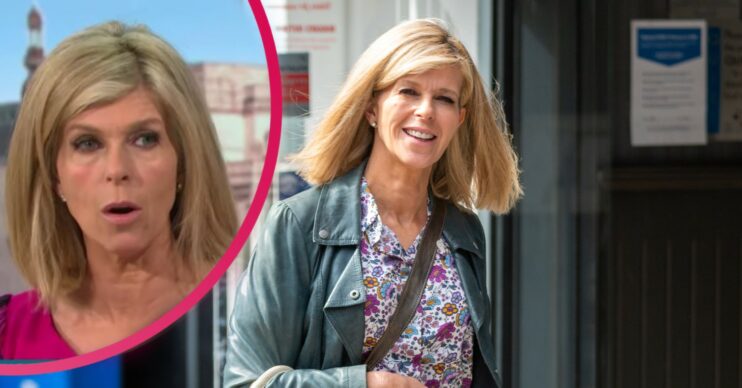 Kate Garraway admits she feels she ‘failed’ children with homeschooling

In latest Kate Garraway news, the star has admitted feeling she ‘failed’ her children when it came to homeschooling.

The Good Morning Britain host confessed to feeling that her homeschooling wasn’t up to scratch during lockdown last year.

Kate, 54, made the admission as she discussed the difference in A-level results between private and state schools on Wednesday’s show (August 11).

She and co-host Ben Shephard were joined by journalist Andrew Pierce and the Daily Mirror’s Associate Editor Kevin Maguire for the chat.

Ben discussed the widening performance gap in results between the private and state-funded institutions with Andrew.

The journalist felt private school students would have a better homeschooling setup due to their advantageous economic position.

Kate then offered up that her friends with private schooled children had a homeschooling set-up that was  “unbelievably brilliant from the get-go” compared to others who took “a while to sort that out”.

Kevin added that there is more pressure on private establishments because parents are effectively “customers” who are “buying” their services.

Kate then confessed: “Do you think it’s because we all know it’s almost been impossible for youngsters to deal with? It’s been an absolute struggle.

“I know that I have, frankly, failed my children in supporting them with their homeschooling.”

The popular presenter then alluded to her husband Derek’s ongoing battle with Covid-19 and its drastic impact on her and their children Darcey and Billy.

She added: “I know had a very specific set of circumstances going on for the bulk of the time but I found it very difficult to get online and to help them make their way through the system.

“It was very very challenging and I kind of think that maybe the teachers knew that and knew the potential and were kind of trying to sort of off-weigh the mental challenge they had.”

Agreeing with Kate, Andrew said he believed “schools should have stayed open” for as long as they could.

Ben, meanwhile, praised his son Sam for his hard work during the pandemic, especially with the extra pressure he had to overcome.

He said: “Sam didn’t sit one exam like he would have done for his GCSEs, he must have sat five or six for every subject because they wanted to have a fair assessment of what he had done.”