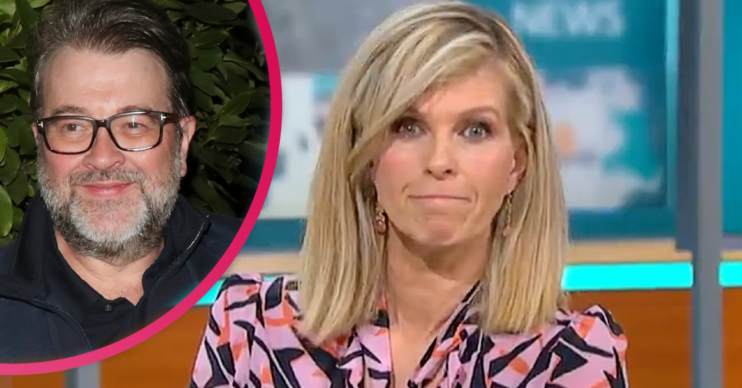 Says she took some time off to recharge

Kate Garraway has given fans the latest news on her husband Derek Draper, who’s still in hospital fighting the devastating after-effects of coronavirus.

The GMB star, 53, returned to the show on Thursday (February 11) after a two-week absence.

And she soon told fans that she hasn’t seen Derek since Christmas.

What did Kate Garraway say in the latest about her husband?

“He’s back into a situation of looking at strangers in masks.

“And, you know, that’s the situation for everybody who has someone in hospital, it’s not new to him.”

She continued: “It’s tough, it’s also the same for people in care homes.

“And when you are someone like him, who is, know you, dealing with an unconsciousness problem, trying to emerge… I can’t help but fear that it’s not helpful.

“There’s no end in sight to that. There’s no one to blame or be angry with. It’s tough.”

Kate also addressed her absence from the show, which ITV said was due to “annual leave”.

“I haven’t been feeling really well, and I think it might have been one of those things when the chickens come home to roost after a long year.

I haven’t been feeling really well, and I think it might have been one of those things when the chickens come home to roost after a long year.

“And I took some holiday leave at home, literally within the four walls of my home, had a lot of sleep and a bit of medicine, and feeling much better.”

While Kate was taking a break, her GMB colleague Piers Morgan said that Kate was in “terrible limbo“.

He said in an interview that the last time he saw Derek was at his annual Christmas party in 2019.

“I’ve never seen them happier, they were going to review their wedding vows. Then that happened,” Piers said.

“Kate went from being on top of the world to being at the bottom of the world. My heart breaks for her. And it carries on breaking for her. It’s a nightmare for her.”