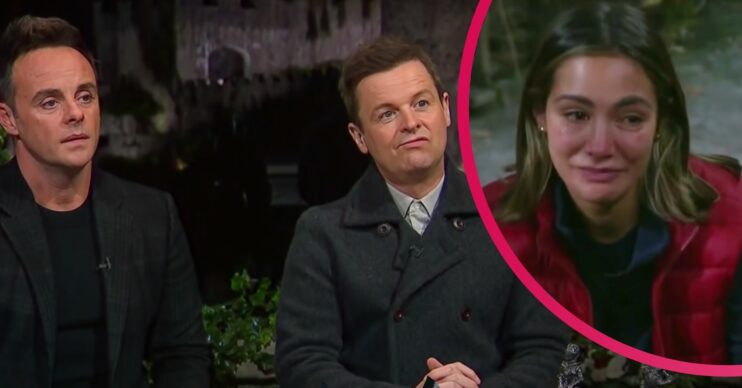 Fans are less than impressed with the show's continued absence from their screens...

I’m A Celebrity viewers are angry as the show is cancelled AGAIN, with many fans of the show calling for this series to be scrapped entirely.

The show was suspended over the weekend and, with Storm Arwen still causing havoc, fans are unsure whether it will come back at all.

Why is I’m A Celebrity cancelled again?

The chaos surrounding I’m A Celebrity began on Friday (November 26) when hosts Ant and Dec were forced to pre-record their segments rather than do them live.

I’m A Celebrity bosses were concerned that the storm would cause issues with the signal if they filmed live.

Things then went from bad to worse as ITV was forced to cancel the show on Saturday and Sunday (November 27 & 28).

On Saturday the broadcaster then took the decision to evacuate the celebrity campmates from Gwyrch Castle as conditions worsened.

In a statement, ITV said: “Whilst we get the production base back up and running after suffering technical issues due to the storm, we have removed the celebrities from the castle.”

Today Holly Willoughby and Phillip Schofield announced on This Morning that I’m A Celebrity is cancelled again tonight (Monday, November 29). Many I’m A Celebrity fans were left angry and disappointed at this news. Some were even frustrated that the celebrities had been evacuated.

What have I’m A Celebrity fans said about the cancelled show?

I’m A Celebrity fans took to Twitter to voice their frustration.

“What a mess they’re making of this year’s show. A real pity!” one viewer wrote.

“Castle been up for how many hundreds of years and they are worried about a bit of wind,” another fan ranted.

“The sooner it can go back to Oz the better!” a third I’m A Celebrity viewer tweeted.

“So the celebs are I guess in a hotel? being given meals? I know it’s not your fault, but it makes a joke of the whole competition,” another fan said in reply to one of Ant and Dec‘s updates on the show’s suspension.

Calls for I’m A Celebrity to be cancelled

After hearing the news, some fans even said that the show should be cancelled.

“This has been the worst I’m A Celeb ever. The castle, Richard [Madeley] leaving and a weekend of clip shows. Just cancel it,” one fan said.

“Ugh! I’m A Celeb needs to be scrapped altogether,” another tweeted.

“Just cancel the show this year cause you’re only gonna get hounded for putting them back in the camp when you wouldn’t allow Richard back in,” a third fan said.

“They need to cancel it this year,” another I’m A Celebrity viewer said in reply to the disappointing news.

In an update last night, I’m A Celebrity hosts Ant and Dec admitted they didn’t know when the show was coming back.

“The site was quite badly damaged during the storm and they [the crew] are in there, working round the clock, to try and get it back up and running, and back up to speed, so we can get back on-air as quickly as humanely possible,” they said.

“But we don’t know when that’s going to be just yet,” they added.

Do you think I’m A Celebrity should be cancelled this year? Leave us a comment on our Facebook page @EntertainmentDailyFix and let us know what you think of this story.