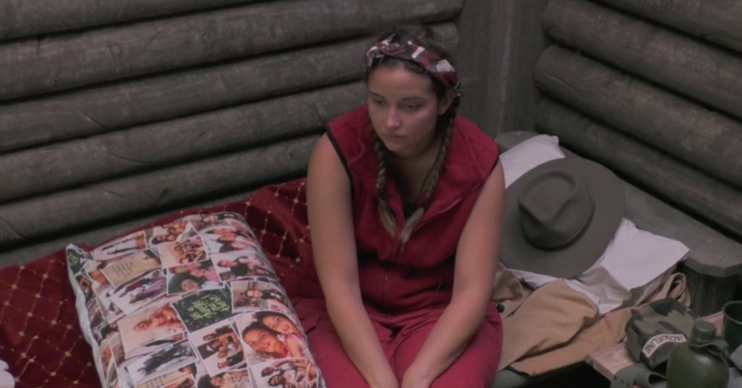 Jacqueline Jossa reportedly threatened to quit I’m A Celebrity after fellow campmate Myles Stephenson told her he believed husband Dan Osborne DID have a fling with his ex Gabby Allen.

The Sun reports that the former EastEnders actress said she didn’t want to go on with the show until she’d spoken to him.

It claims show bosses made the unusual move to allow the mum of two to leave camp to call the father of her two daughters.

Jacqueline has been fantastic to watch so producers really wanted to avoid a situation where she walked out.

She is said to have left a voicemail before returning to camp.

A source told the tabloid: “Jacqueline was beside herself after Myles told her what he believed. She was nothing short of hysterical.

“Jacqueline has been fantastic to watch so producers really wanted to avoid a situation where she walked out.

“But equally they were very conscious about a duty of care towards her and had to consider her mental state.

“After allowing her to leave the voicemail, and letting Dan leave one back, she was offered the chance to remain in the show and accepted.”

Rumours circulated about former TOWIE star Dan and ex-Love Islander Gabby after they were snapped looking very comfortable together on a yacht in Spain.

Jac and Dan split for a while, but they reconciled following the birth of their second daughter.

There was a rumour of more infidelity in March, when Dan was accused of kissing another Love Island contestant, Alexandra Cane, which he denied.

Jacqueline has been seen without her wedding ring, which she was wearing at the start of I’m A Celebrity, since she has been in the jungle.

Dan is thought to be on his way to Australia to support his wife, who he believes could win the series.

Gabby, meanwhile, has mocked Myles during his time on the ITV show following their acrimonious split.