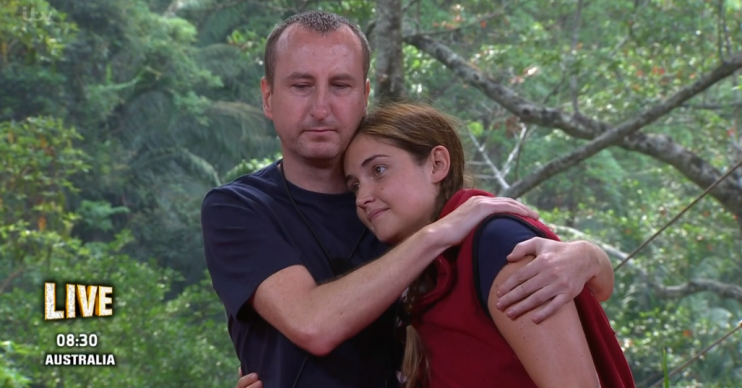 Viewers of I’m A Celebrity… Get Me Out Of Here! were sorely divided as actress Jacqueline Jossa was crowned this year’s Queen of the Jungle.

The former EastEnders actress was named the winner of this year’s series in tonight’s (08.12.19) final, with Corrie favourite Andy Whyment coming in second place and DJ Roman Kemp in third.

After Roman left, Andy and Jac were brought in for a chat with hosts Ant McPartlin and Dec Donnelly to watch their highlights and go over their time in the jungle.

Andy grew emotional as he expressed his gratitude at being able to come on a show he loves so much and thanked the public for backing him up to that point.

He couldn’t understand how he had been able to compete with other celebs, like Caitlyn Jenner and Ian Wright, with much bigger followings on social media.

As the finalists were joined in the throne room by all of the campmates from this year’s series, Ant and Dec revealed that viewers had chosen Jac as their 2019 inner.

Andy was, of course, made up for his campmate and said there wasn’t a more deserving winner.

And when Ant and Dec spoke with Jacqueline – having brought in Extra Camp hosts Emily Atack, Joel Dommett and Adam Thomas to hand over the crown – she shook with emotion and sounded overwhelmed as she thanked her friends and family in a touching speech.

But viewers on Twitter were divided over the win, with some ‘fuming’ that Andy was robbed of the crown.

One said: “No no no no no! Not having it! Andy should have won!”

Another wrote: “How did Andy not win? Genuinely confused as to how Jacqueline won, she just moaned for three weeks #ImACeleb.”

Some thought Jac well and truly deserved to win though, as one tweeted: “Awwww well done Jac you smashed it!! @jacquelineMjos #imaceleb #queenofthejungle.”

Someone else put: “I’m buzzing for Jac, she defo deserved it #ImACeleb.”

Another said: “I’m so happy for Jac, bless her, what a queen #imaceleb.”

i’m buzzing for jac, she defo deserved it #ImACeleb

Jac’s win followed three Bushtucker Trials so brutal, they had some viewers calling them ‘literal torture’ and slamming ITV for putting the three finalists through such horrific ordeals right before the end.