Former I'm A Celebrity contestant Iain Lee has admitted to feeling "embarrassed and ashamed and weird" after speaking about his sexuality on his radio show.

The broadcaster told listeners his "biggest secret" during his late night slot on Monday (July 1) - detailing how he had come to realise he's "probably bisexual" following counselling sessions.

Speaking with radio co-host Katherine Boyle, Iain - who recently divorced wife Helena, the mother of his two children -  said he was "terrified" about "coming out at the age of 46".

Noting how he has been working with a "brilliant" therapist to try and get over the trauma of a car crash and his depression, Iain added he has been reminded of "a lot of stuff" that began when he was a young teen. 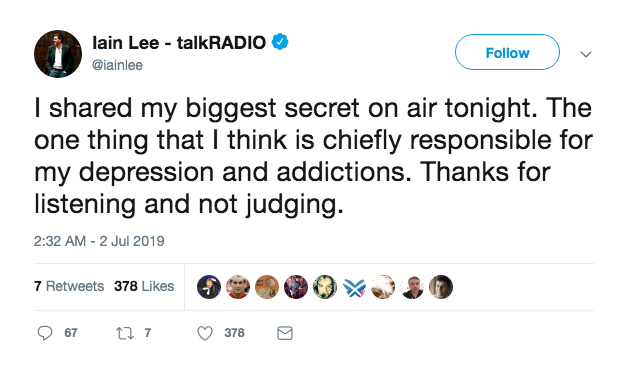 He explained: "It would involve me in kind of sexual acts with significantly older men and this kind of went on for a while.

"I've always had a lot of confusion around it because these things happened and I started putting myself in these positions so these things would happen again.

So I guess this is me coming out at the age of 46. And I’m terrified by it.

"So I've always kind of looked at it at that age as if it was my fault. But now I can see that it was abuse."

Iain continued: "[The therapist] helped me look at that in kind of a new light. He's helped me realise that I'm probably bisexual.

And although Iain stressed he didn't want to make a big deal about his announcement, the media personality also said he felt considerable relief at coming to terms with it.

"I have a female partner now and I'm saying it now because I feel - I don't want to make a big thing of it - but this weight of shame has lifted. I just wanted to say it, get it out and then it's done." 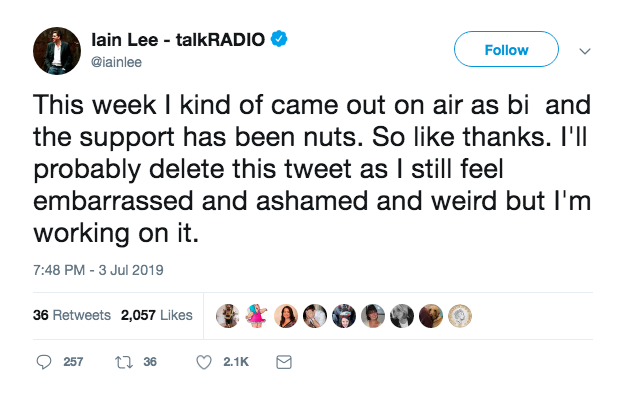 His fans were blown away by Iain's honesty, sending him heartfelt best wishes on social media.

"I salute you Iain. Inspirational is the word that springs to mind," wrote one follower.

Another contributed: "Never be ashamed of who you are matey. Keep the tweet up. One day you'll look back on it and be glad that the shame and embarrassment has gone."

"Never be ashamed of who you are Iain. You've done the hard bit," added a third. 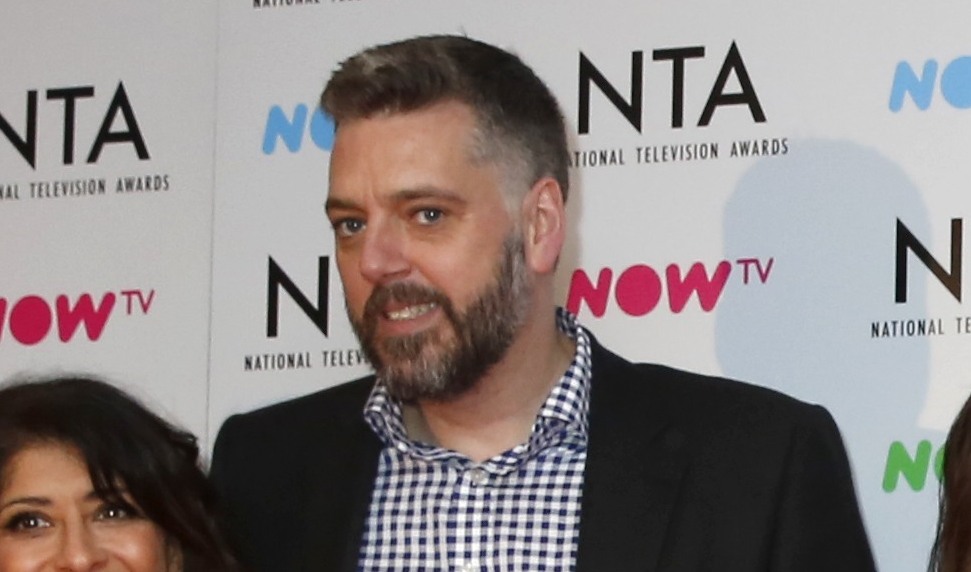 Dad-of-two split from his wife after I'm A Celebrity stint (Credit: FameFlyNet)