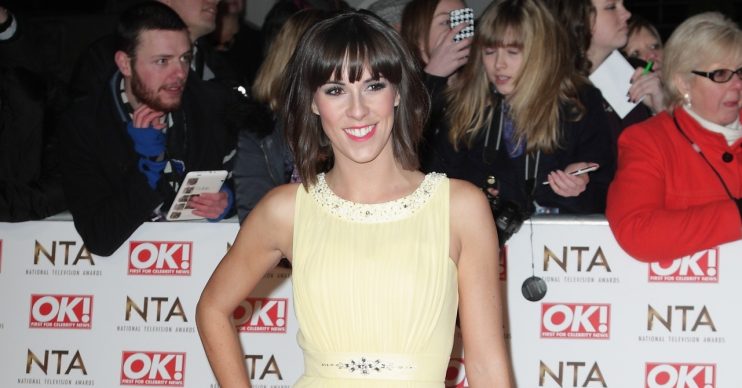 She's had a boy

Former Emmerdale actress Verity Rushworth has announced she’s given birth to her second child – and it’s a bouncing baby boy!

Revealing the news on her Instagram and Twitter accounts, Verity posted a cute picture of the little one’s feet.

She captioned the image: “He’s here!! #baby boy #duedate baby,” which suggests he came on time!

Verity has yet to reveal the baby’s name, but the hospital ID tag reveals he was born on July 3.

The actress, who played Donna Windsor in the ITV soap until her character’s death in 2014, told fans she was expecting her second child, with a spirited post on social media.

She shared the news on her Twitter and Instagram accounts quite late into her pregnancy, revealing to her fans that her new baby was due to arrive in just 10 weeks.

Read more: Emmerdale fans think they know the identity of the baby’s mother who was found at the school

She posted a photo of herself dressed up on a night out, cradling her baby bump.

Her fans were quick to respond to her news, flooding the comments with their well wishes.

“How have you kept this quiet?! Amazing news, congratulations sweets,” one fan commented.

“So many congratulations to you both!!! You look incredible, and that dress is gorgeous!” other fan said.

Another fan commented: “Congratulations this is lovely news.”

Verity welcomed her first child, Amelie Iris, in August of 2016.

She spent a decade starring in the hit soap as Donna, before leaving in 2009. She returned to the soap briefly in 2014, before her character was finally killed off.

Since leaving the show, Verity’s appeared in a number of stage shows, including the West End productions of Hairspray and Kinky Boots.

As she began her stint in Kinky Boots in 2017, she opened up about returning to work as a new mum in an interview with the Press Association.

“It’s a massive struggle obviously when you have a baby and so I decided to chill and take 10 months,” she said.

“Then I felt I needed to be me again and the skills I had worked so hard on I didn’t want to lose.

“I just don’t think that everything should stop just because I’ve had a baby and I’ve been very lucky I’ve had 10 months with her and I’m still at home with her until 4 o’clock so I get to spend time with her and do the show.”

Send your congratulations to Verity over on our Facebook page @EntertainmentDailyFix.