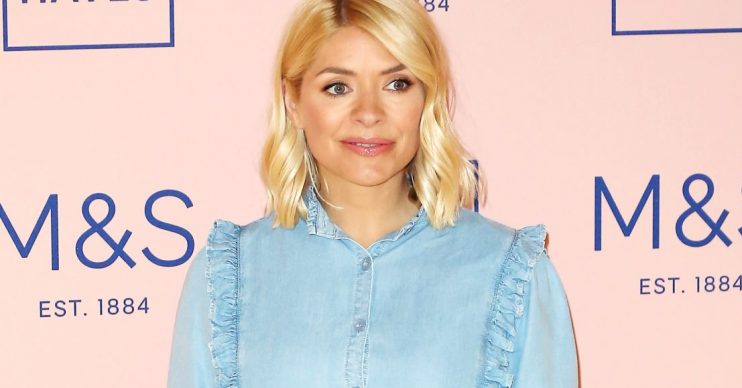 The This Morning host was due to feature on the programme

TV’s Holly Willoughby reportedly fled from the Celebrity Juice studio after host Keith Lemon came down with a mystery illness amid the coronavirus outbreak.

The comedian and presenter, whose real name is Leigh Francis, was struck with a fever and cough as filming on his show was cancelled because of the crisis.

Prime Minister Boris Johnson’s speech from Downing Street on Monday (March 17), in which he asked everyone to cease all non-essential travel and contact with each other, reportedly prompted bosses at ITV to immediately ask all those in the studio to leave.

And This Morning host Holly was among those to flee the studio, The Sun reported.

Keith had told fans before he arrived that he had not felt well since Thursday (March 12), when he had gone to a pal’s birthday party but “puked up”.

He said: “I think I got food poisoning, not from the birthday party but from where I’d eaten prior to that. I won’t say where.”

Keith reportedly saw a medic before he went into the studio – but bosses pulled the plug soon after.

I think I got food poisoning.

Speaking to studio guests beforehand, he said of his own illness: “It’s not man flu. I’m just a bit dizzy and as I say achey and got a little cough but not worth talking about. I’m just really tired.

“I let the dog out and I felt like a 90-year-old man. I keep feeling right cold. I keep getting hot and cold. In bed I’m super hot and then I’m shaking freezing. I’ve got fatigue.”

It comes amid calls from singer Dame Vera Lynn for the UK to beat the coronavirus outbreak by invoking the spirit of the Blitz.

Read more: Brits urged to treat self-isolation like Christmas with board games, Baileys and a tree

The 102-year-old wartime favourite, who turns 103 on Friday (March 20), boosted the morale of Britain’s armed forces by singing to our troops during World War Two.

And now, Dame Vera is advising Brits to stay calm and follow the advice of the Government to do their part in fighting the spread of COVID-19, which had claimed 71 lives in the UK as of Wednesday morning.