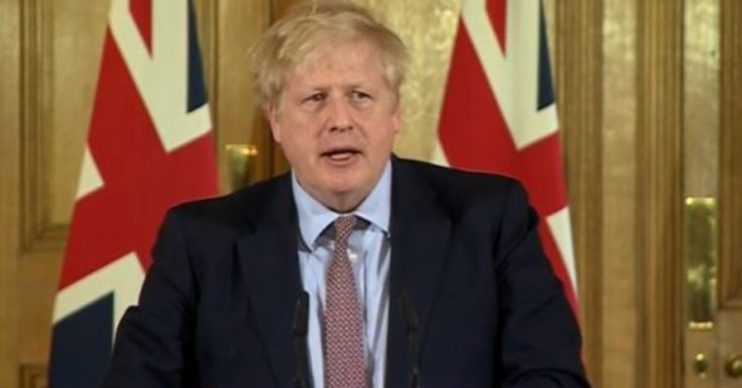 The first daily briefing from No.10

Brits have been told to put an end to all non-essential contact with each other in the Government’s first daily coronavirus update.

The PM told gathered reporters that the measures formed part of a “national fightback” against the spread of Covid-19 and while strict, would be “worth it” to help the NHS cope.

Today’s update was the first of a planned series of daily briefings from No.10 on the coronavirus outbreak.

A Downing Street spokesperson previously said, as reported by ITV News: “The Prime Minister and this Government are committed to keeping the public informed every step of the way about what we’re doing to fight the spread of coronavirus, when we’re doing it and why we’re doing it.

“At all times, we will be led by the science to bring forward the right responses at the right time to this global pandemic.”

The Prime Minister and this Government are committed to keeping the public informed.

Elsewhere, Britain’s supermarkets are facing calls to set aside time exclusively for elderly and vulnerable shoppers to ensure those most at risk in the coronavirus crisis can get the essentials they need.

An Iceland shop in Northern Ireland has announced plans to open its doors for older customers only, allow them to shop free from the disruption caused by panic-buyers.

Starting from Tuesday (March 17), the shop – located in Belfast’s Kennedy Centre – will be letting elderly people in from 8am to 9am.

The supermarket said in a statement, as reported by Metro: “Iceland Foods will be opening their store between 8-9am for the elderly commencing Tuesday March 17.

“Could the wider public please respect this hour, and understand that this time is allocated for elderly people only. Iceland appeal to people’s better nature when realising who needs priority.”

Now, people on social media are demanding that all of Britain’s supermarkets put similar measures in place.