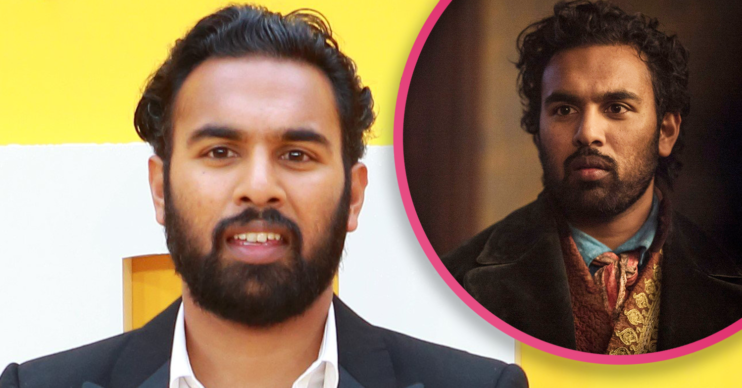 Who is Himesh Patel dating? The Luminaries actor and former EastEnders star

The actor has enjoyed huge success since leaving Walford

The period drama is a gripping murder mystery set in the wild West of New Zealand’s South Island.

Expect plenty more twists and turns together with an incredible cast.

But what do we know about the show’s leading man, Himesh Patel?

Who is Himesh Patel dating?

Himesh Patel is thought to currently be single.

The talented actor tends to keep pretty tight-lipped around his private life.

So unsurprisingly, there are no hints of a relationship on his social media accounts.

However, we do know he hasn’t previously been married and doesn’t have any children.

Who does Himesh Patel play in The Luminaries?

Himesh takes on the lead role of Emery Staines in The Luminaries.

Soap fans will recognise the 29-year-old actor a the legendary Tamwar Masood from EastEnders.

Read more: What is The Luminaries about? New BBC murder mystery explained

Walford’s market inspector lived on Albert Square for nine years from 2007 until 2006.

However, he left E20 to travel the world with Nancy Carter – who is now his wife.

During an interview with Marie Claire, Himesh admitted he was terrified about leaving EastEnders.

He said: “The amount of time I planned to stay kept changing because I was aware the transition could be hard.

“I was still enjoying my time there and growing as an actor. But then it felt like the right moment to take a leap of faith.”

Himesh added: “It was a tough decision to walk away from what was my family, and a character who will always have such an important part of my life, but it had to be done.

“There’s only so far you can take yourself as an actor and a character in that show. I knew it was time to leave, and it was terrifying.”

What else has Himesh Patel been in?

Despite his anxieties about leaving EastEnders, Himesh has had a fantastic career after Walford.

“What I’m amazed by with this series is that you can be really laughing one minute and literally the next minute you’re silenced by something dramatic,” he told Digital Spy.

“The rug just gets pulled out from under you.”

Himesh was then cast as Jordan Hatwal in Sky’s sci-fi comedy Avenue 5.

What has Himesh said about The Luminaries?

Himesh opened up about why he wanted to be part of the BBC series ahead of its premiere.

Explaining what attracted him to the The Luminaries, he said: “The breadth of the story in terms of the characters that hail from all over the world.

“There is also a slight element of fantasy. It’s a very interesting mix of things.”

Although a murder mystery, The Luminaries is also the love story of Emery and Anna (Eve Hewson).

Himesh is hoping viewers will take to his character.

“I like to think they will be rooting for Emery because he’s just trying to get the girl,” he said.

“Emery is the light in the story, I think, and I hope that people will be drawn to that.”