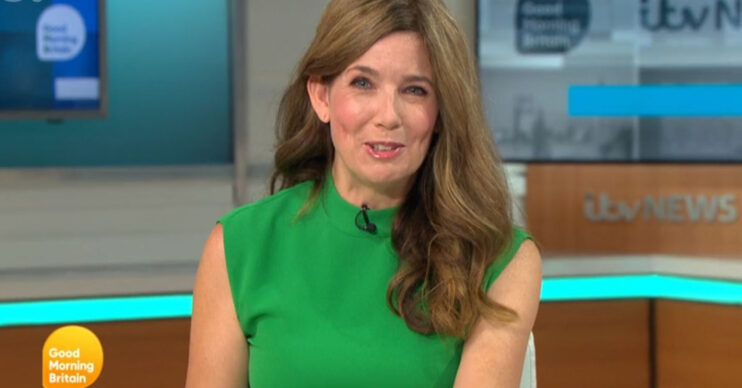 Pip won over viewers with her "refreshing" approach

The journalist appeared on Friday’s GMB along with Kate Garraway and Charlotte Hawkins.

She opened the show at 6am before Kate and Charlotte began hosting at 6:30am.

Pip was a hit with viewers, with many branding her “professional” and wanting to see her more on the show.

What did Good Morning Britain viewers say about Pip Tomson?

One person said on Twitter: “Good morning ladies and it’s great to see Pip on #gmb this morning.”

Another wrote: “Can we not keep pip as a main presenter… she is good … real professional.”

A third added: “You were lovely to wake up to this morning Pip wish it was every morning.”

#GMB can we not keep pip as a main presenter..she is good ..real professional

You were lovely to wake up to this morning Pip wish it was every morning. 😘

Speaking about today’s presenters, one said: “Best team. Take note @GMB. Love Pip – freshens up the programme having someone new.”

Who is Pip Tomson and has she been on GMB before?

Pip is journalist and has been a news correspondent for Good Morning Britain on ITV Breakfast for a while.

She’s worked on GMB since 2013, and is usually seen delivering news from locations around the country.

Meanwhile, a string of presenters have been filling Piers Morgan‘s spot on the show since he left in March.

Following a backlash over comments he made about Meghan Markle in her Oprah Winfrey interview, Piers decided to leave the programme.

Richard Madeley, Alastair Campbell and Adil Ray have all been in Piers’ chair over the last few months.

However, GMB has yet to confirm Piers’ official replacement to host alongside Susanna Reid.

Richard has previously spoken about the possibility of replacing Piers.

He told The Sun: “Whether I’m going to be asked to take over, I have no idea.

“…but there’s a huge difference between that and it being a reality.”