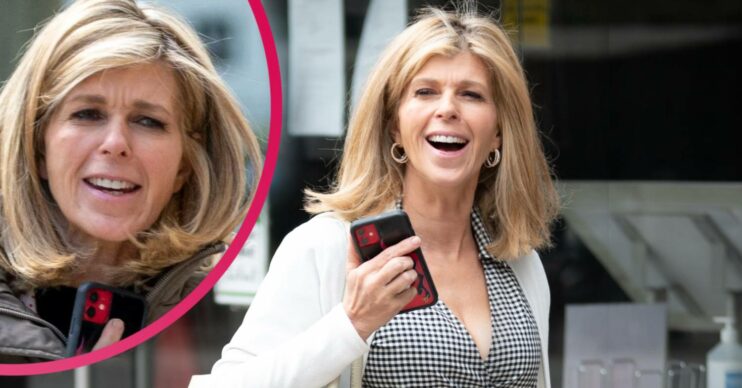 She needs a pool

Kate Garraway has made a plea for help admitting her son’s birthday party has been ruined by flooding at their home.

The host discussed details of her new tragedy to co-stars Charlotte Hawkins and Alex Beresford on Friday’s Good Morning Britain.

Kate revealed the storms that hit the UK Monday night had caused flooding at their home. The clean-up has since plunged plans for Billy’s 12th birthday party into chaos.

She said: “The only problem is that it’s Billy’s birthday tomorrow. ”

Charlotte replied: “Oh you’ve got some good weather which is lovely then.”

Kate added: “Well, that’s exactly what I thought. It’s absolutely lovely, we’ve got good weather and it’s going to be a paddling pool party. The only problem is in the clear-out we’ve thrown away the pool.”

A shocked Charlotte responded: “Oh no.”

Weatherman Alex added: “If you need anything this weekend it is a pool.”

Kate then discussed the difficulties she was facing in sourcing a replacement for the pool. She admitted trying to use a click and collect service, but her nearest store with stock was Falkirk – 499 miles from her home.

She then made a “blatant plea” for help from anyone with a large paddling pool that could be used to save the day for the party.

Kate also quipped that she would pay “quantities of cash” to replace the pool and wasn’t fussy if it was new or from someone’s shed.

Times have been tough for Kate and her two children Darcey, 15, and 11-year-old Billy.

Her husband Derek Draper only returned home from hospital in March this year after a year fighting for his life following his infection with Covid-19.

Earlier this month Kate admitted that his return home didn’t mean he was better.

She said: “Not because he was better, no. But being home has meant we’ve seen some things improved. He’s alright, he’s alright. He’s very up and down, we’re certainly not a long way out of the woods.”

Kate added that seeing the children and being back with them had helped but there was a long way to go.

She continued: “Definitely having the family around, having the children around has provided stimulation and I think the problem is you latch on to the positives, which is good because you have to, but there’s absolutely no doubt that there are huge challenges ahead.”

Could you help Kate in her time of need? Let us know by heading to our Facebook Page @EntertainmentDailyFix and leaving a comment!