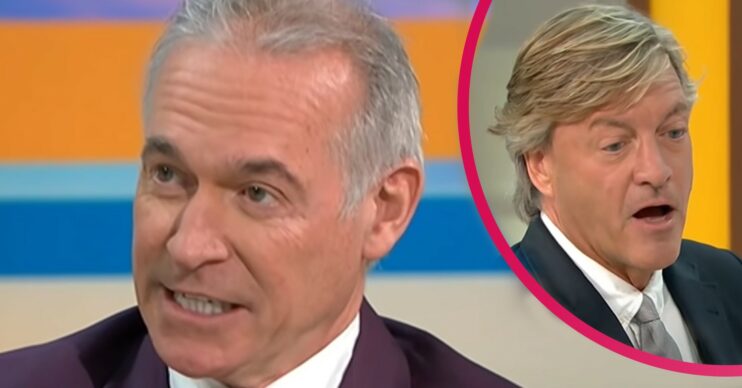 Good Morning Britain has reportedly been hit with more complaints after Dr. Hilary labelled a leaflet as ‘anti-vaccine’ on the ITV show earlier this month.

ITV’s show now has 2,400 Ofcom complaints after a segment of the show enraged viewers at the start of the month.

Why are people complaining about ITV Good Morning Britain?

On November 1, Good Morning Britain’s, resident doctor, Hilary Jones, spoke of a yellow leaflet. He said that it was ‘complete misinformation’ and ‘dangerous’.

The leaflet falsely said it was linked to the government. It detailed some of the ‘risks’ that could come with getting the Covid vaccination.

Dr. Hilary said: “Beware of bogus letter drops, which are complete nonsense. This is complete misinformation.”

Good Morning Britain host Richard Madeley then asked: “So it is anti-vaccine?”

“Oh, absolutely,” Dr. Hilary responded. “This would put a lot of people off the vaccine, dangerously, because it’s complete misinformation.”

Richard Madeley then proceeded to rip the leaflet up.

What did Good Morning Britain viewers say at the time?

Some viewers of Good Morning Britain reacted furiously to the segment of the show. Many took to Twitter to complain.

Another viewer tweeted at Ofcom, saying: “This needs to be investigated.”

A few days ago, the episode only had 1,400 Ofcom complaints. However, in the last few days, the number of complaints has skyrocketed. 2,400 viewers have now reportedly complained to the watchdog.

ED! has contacted reps for Ofcom and GMB for comment.

Is this the most complaints GMB has ever had?

This number of complaints pales in comparison to the 58,000 the show got in March of this year. That tidal wave of complaints came after Piers Morgan‘s controversial comments about Meghan Markle. His comments came following the Oprah interview the night before.

Ofcom launched an investigation, however, Piers was cleared in September.

Speaking on the ruling, Piers said it was “a resounding victory for free speech and a resounding defeat for Princess Pinocchio”.

Head to our Facebook page @EntertainmentDailyFix and let us know what you thought of this story.