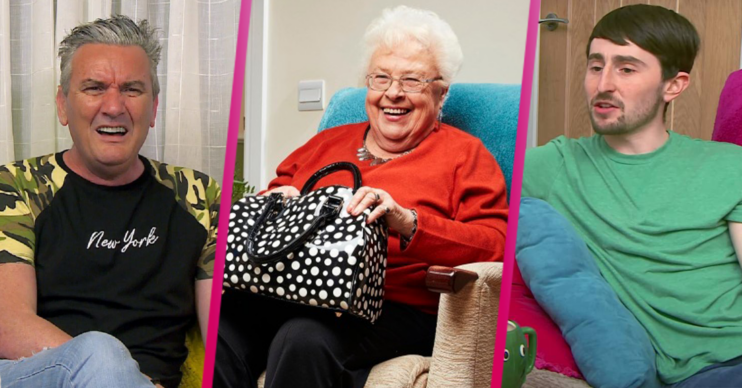 Gogglebox: How do you apply to be on the show as Channel 4 launches ‘recruitment drive’

Some of our favourite stars have recently quit the show

Gogglebox returned to our screens last week, leaving many viewers wondering if they can apply to be on the next run.

The Channel 4 series has become like a best friend to so many, especially so during the boring and bleak lockdown months – and lots of people want a slice of the action.

But can you audition to be a part of the show? And how much do Gogglebox stars get paid?

Well, the good news is bosses have just launched a “recruitment drive” and they’re looking for new people to appear on the show.

Andrew’s wife Carolyne and children Alex and Louis, Pete’s wife Linda and Mary’s best friend Marina have all decided to leave the show after the loss of their loved ones.

On top of that, Paige Deville and mum Sally have also quit following a row behind the scenes.

As a result, executive producer Victoria Ray told the Daily Star they’re on the lookout for some “new faces”.

“There are going to be new faces. They’ll be joining during the current series,” she said.

Lifting the lid on the type of people they’re looking for, she said they needed to be “charismatic and engaging”.

She added: “We pick people who don’t want to be on telly.

“The ideal people are ones who don’t know that they’re funny.”

How do I apply to be on Gogglebox?

A spokesperson said last year: “There is no way to apply to be on Gogglebox.”

But all is not lost as it is rumoured Channel 4 talent scouts scour the country to find charismatic and dynamic families.

We can only predict that the execs visit pubs and other community hubs in search of the next star family.

Given the various lockdowns of the last year, this may have proven to be somewhat challenging for the channel.

But as the world opens up again, fresh opportunities arise.

It’s also known that Channel 4 does pull talent from other shows – Steph and Dom, for example, impressed execs before they landed Gogglebox on Four In A Bed.

Steph has previously said: “Gogglebox is made by the same people who did Four in a Bed and they just rang us up and asked us! And the rest is history!”

So think about other shows on TV you could get yourself noticed on!

How much do Gogglebox stars get paid to appear on the show?

This amount apparently isn’t altered regardless of how many people are in a home or family.

Channel 4 leaves the divvying up to the cast members involved.

The channel also often throws in a free takeaway per filming session as well.

While it is not bad money for simply watching TV, it isn’t enough for the families to quit their day jobs.

This is probably a deliberate move by the channel, as they want to cast real-life people with real jobs.

Who is the richest Gogglebox star so far?

To date the most successful Gogglebox star is Scarlett Moffatt.

Her whole family was booted off the show in 2016 when she competed on I’m A Celebrity – Get Me Out Of Here!.

Fortunately the move paid off, as she not only won the series, but went on to various different ventures – some of which involved her family too.

However, she recently revealed that she’d lost £50,000 due to her mother’s addiction to online gambling.

When is Gogglebox next on?

Gogglebox is back on Channel 4 on Friday (September 24) at 9pm and will see us through autumn and winter.

Incredibly it’s the 18th series of the show!