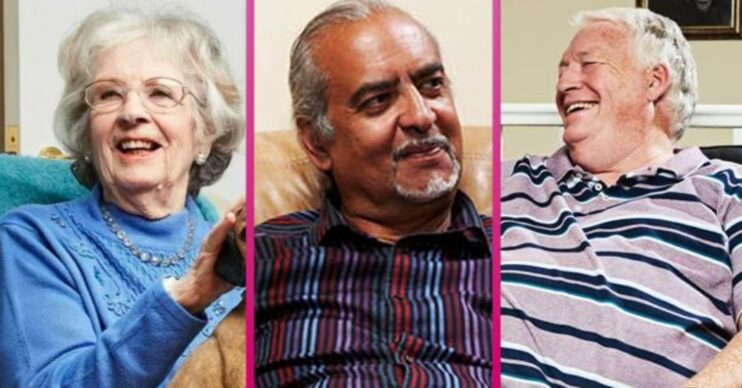 Graphics aired at the end of the episode highlighting the contributions from much-loved characters who have passed away.

But some social media users puzzled over whether another telly favourite should have been included, too.

Images showing Mary Cook alongside friend Marina and Andy Michael on the sofa with members of his family flashed up briefly.

The tributes were dedicated to ‘In Loving Memory’ to the two TV regulars.

Despite Gogglebox paying its respects onscreen, some of those watching at home pondered whether bosses had failed to include another star in the tributes.

Pete McGarry featured on the show from 2013 onwards but sadly died earlier in the summer aged 71.

Very moving tributes for Mary Cook and Andy Michael’s. But you left out Pete.

Bringing up his name, one observer commented on Twitter: “Nice tribute to Mary and Andy. Pete also died or did he get a tribute in the last series? #gogglebox.”

And another pondered: “#Gogglebox – very moving tributes for Mary Cook and Andy Michael’s. But you left out Pete.”

Others noted how moved they were by the tributes.

“Ending of Gogglebox got me in tears. RIP Mary and Andy,” one person tweeted.

However, these fans possibly overlooked that a tribute to Pete has already aired.

The Friday July 2 instalment included an image of Pete and his wife Linda, alongside his year of birth and death, shown on screen.

And earlier this week, other Gogglebox stars hailed those couch potato critics who are no longer with us.

Picking up a National Television Award, Julie Malone mentioned four of her late co-stars – including Pete.

Read more: Mary and Giles fans all have the same reaction as they make Gogglebox announcement

She said: “On behalf of all the Gogglebox families I just want to say thank you for nominating us for this award.

“And on a sadder note, nominate it to all the people we’ve lost over the past 18 months and two years.

– Gogglebox returns to Channel 4 for series 18 on Friday September 17 at 9pm.

Are you excited for the Gogglebox cast to return? Leave us a comment on our Facebook page @EntertainmentDailyFix and let us know.