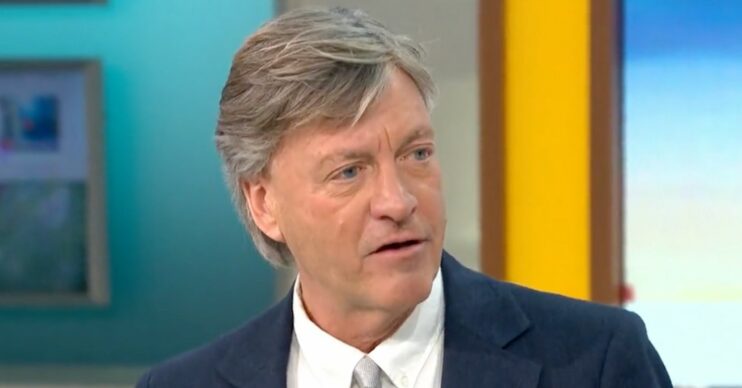 GMB viewers switched off today (Tuesday, April 12) because of Richard Madeley, with many branding him “sanctimonious”.

Some viewers even took to Twitter to beg ITV to get rid of him!

Richard usually hosts the show on Mondays through to Wednesdays.

However, Ranvir is stepping in for Susanna Reid, who is currently on her Easter holidays.

Richard and Ranvir discussed a multitude of topics today, including whether Rishi Sunak is too rich to be a PM, whether it should be a criminal offence to shirk chores and the latest on the war in Ukraine.

However, some viewers started to switch off for one key reason – Richard himself.

It seems that viewers are starting to get fed up with the 65-year-old, with some even branding him “unbearable”.

Plenty of viewers took to Twitter this morning to moan about the presenter. Some even begged ITV to have him replaced!

“NO one I can’t stand more than the insufferable Richard Madeley, get him off!” one viewer tweeted.

“Richard Madeley is yet again on my tv screen. Why?” another wrote.

Richard Madeley is like the first lockdown – a bit of a novelty at first but now just plain annoying!

“#GMB #RichardMadeley The man is so sanctimonious, he makes the show unbearable,” a third said.

“I just automatically turn off when I see him. I just don’t get why he is on,” said another.

“Richard Madeley is like the first lockdown – a bit of a novelty at first but now just plain annoying!” another tweeted.

“Who actually thought putting Richard Madeley on GMB was a good idea?” a fifth asked.

It’s only Tuesday, and yet this isn’t the first time that Richard has been slammed by viewers this week.

Just yesterday the host ame under fire following a “patronising” interview with an oil protestor.

Many viewers slammed the presenter, with some saying that he “bullied” the protestor during the debate.

“Can you please register this tweet as a formal complaint. This interview was not journalism, it was an attack on a young woman who eloquently put her view forward. What a horrible experience to watch,” one viewer said.

Gary Lineker got involved too, branding Richard “deeply patronising” and “dismissive” during the interview.