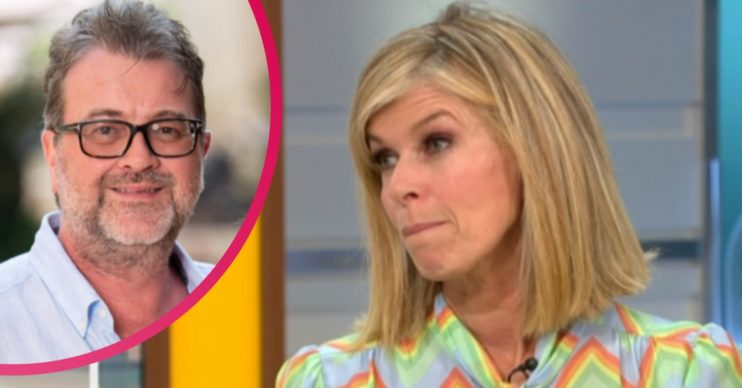 Kate Garraway has issued an update on her husband Derek Draper’s health battle and revealed her hope over his reaction to watching her on GMB.

During the programme today (Tuesday, July 21), Kate was speaking to her co-host Ben Shephard about Derek, who is free of coronavirus but remains in hospital, when she said he is now in a “stable” condition.

What did Kate Garraway say about her husband on GMB?

She explained how the nurses put Good Morning Britain on for him to watch from his hospital bed – and reported how his eyes, which are open, appeared to be more “focussed”.

Kate also opened up about her husband’s “tough” week, which saw him experience big falls in blood pressure and swellings in his legs.

Read more: Ben Shephard and Kate Garraway lark about backstage as fans are delighted by her GMB return

She said on GMB: “[Derek] did have a tough week. He had two big falls in blood pressure, which were worrying. And also had a swelling in his legs, which was concerning that it might be clots. It was very, very emotional.”

Co-host Ben asked: “Is that to be expected because he’s in a hospital bed, and he’s not moving around so much?”

Good morning Derek, if you are watching.

Kate told him: “Well, we know that COVID can cause clotting, and he has had clots in his lungs. He [has had] anticoagulants to try to dissipate that. The concern might be if there are new clots forming, now that he hasn’t got coronavirus, what does that mean?

What was Kate’s message to Derek?

“He’s stable. And actually, yesterday, I spoke to the nurses and they said they put Good Morning Britain on. They felt that he looked, you know because his eyes are open, more focussed.”

She continued: “I found it very emotional. We don’t know whether it’s the movement of the light or the familiar voice. But good morning Derek, if you are watching.

“We’re all sending you lots of love. Everyone here is sending lots of love. There are so many good wishes. Your own personal Good Morning Britain.”