Wherever Gemma Collins goes, controversy seems to follow. And Monday morning's flirty episode of Good Morning Britain was no exception.

The Dancing On Ice contestant had viewers in shock as she labelled presenter Piers Morgan a "silver fox" and told him he could "educate her" in the bedroom. 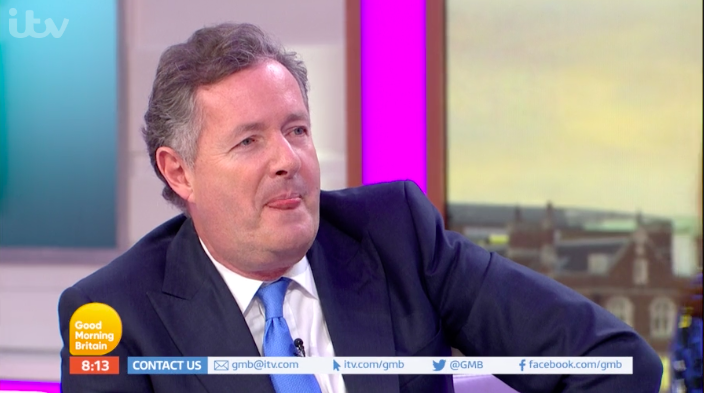 Piers licked his lip as she talked (Credit: ITV)

Gemma - who turned 38 this weekend while battling headlines over her poor performances, backstage rants, and skating injuries - got cheeky as she made an appearance as guest Entertainment Editor.

Who's more fun in the boudoir?

She chatted to Piers, 53, and Susanna Reid about age differences in relationships.

Piers told her: "Older men are more experienced," and she replied: "I always thought I wanted a silver fox like yourself." 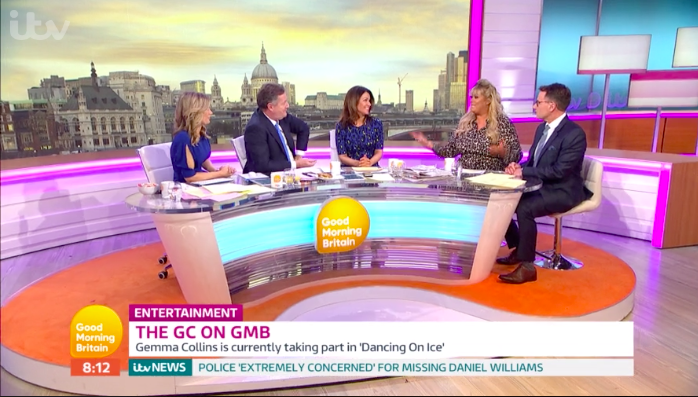 The conversation got a bit tense (Credit: ITV)

As Piers licked his lips, she added: "You're still gorgeous. I always wanted an older man... I think someone like yourself, y'know, you could educate me. Because you're an older man, you've got more experience."

Referring to her on/off relationship with TOWIE co-star James 'Arg' Argent, she said: "But when you're an older woman going out with a younger man you kind of have that power over them. I do [like it]."

Piers asked: "So you like to be in control?" as she replied: "Funnily enough, when I'm The GC I'm in control. When I'm Gemma, Arg is in control." 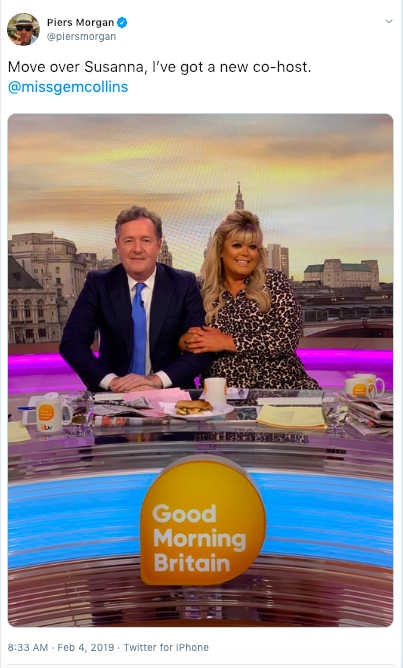 Piers asked: "Who's more fun in the boudoir?" and Gemma told him: "Both."

Even after the show, the flirting continued on Twitter, as the former tabloid journalist and the reality star exchanged some messages.

Gemma shared a video of herself for Piers, where she's holding a banana that read: "I love you, Piers."

He called Gemma "admirable" and joked that he'd replaced Susanna beside him on the GMB panel. He also spent time defending her to many followers who were complaining about her appearance on the show.

Those watching at home were somewhere between impatient and amused by the chemistry. 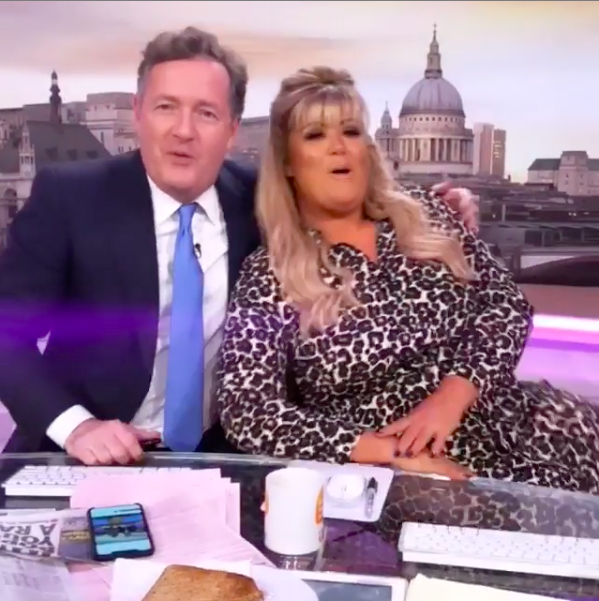 One wrote: "You two need to get a room, a large one. Don't let her order ice it's not her scene."

Another innuendo-laden tweet to Piers read: "Think you should give her your banana 😂."

A third joked: "Think she has sat on him." A fourth laughed: "The perfect match." While a fifth suggested: "One day she could be Mrs Morgan."

Others were really not into the flirty banter, with one tweeting: "Saw these 2 together this morning, puked a little then switched to BBC." A second called their exchange: "Cringe." While a third moaned: "Scraping the bottom of the barrel there 🙄."

Phew, this whole thing has got us a bit hot under the collar today. They definitely get on very well...

Did you catch the flirty vibes? Leave us a comment on our Facebook page @EntertainmentDailyFix and let us know what you think.