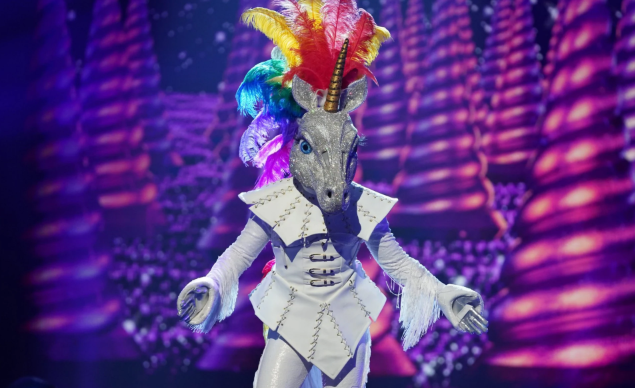 Do they want us all to believe it's John Barrowman when it's someone else entirely?

Unicorn took to the stage for the second week of The Masked Singer and fans of the show are more confused than last week about his identity now.

After his debut last Saturday, many viewers and the panel alike were pretty convinced that it’s John Barrowman.

During Sunday night’s Dancing On Ice, he teased Holly over whether he was the disguised performer.

But some viewers are now thinking that is a red herring and he wouldn’t give himself away so easily, after the clues were so tough last weekend…

My current favourite show!!!
Is the unicorn pretending to be John Barrowman? But actually he’s not?! #TheMaskedSinger

Okay so not John Barrowman for unicorn. The magic clue threw me #MaskedSinger #TheMaskedSinger

I honestly don’t think the unicorn is John Barrowman. I’ve seen him live three times now and he has much better vocal control and stamina than that. But I also don’t have a clue who else it could be #TheMaskedSinger

There’s no way it’s gonna be John barrowman imo, all of them will end up being z listers anyway (apart from maybe queen Roberts.) So I have no idea why they r guessing all these big Hollywood celebs?#TheMaskedSinger

Others are still convinced it’s him…

The unicorn has to be John barrowman and when/if they unmask him and it’s not I will be super shocked.. #themaskedsinger

Are they getting it this wrong on purpose? Unicorn is clearly John Barrowman #TheMaskedSinger

john barrowman is an actual performer and the unicorn was out of breath i don’t think it’s going to be him :/ #TheMaskedSinger

Read more: Viewers’ theory on the Chameleon is VERY intriguing

The names Kevin McHale, from Glee, and Jake Shears from Scissor Sisters keep getting dropped on Twitter!

Who do YOU think it is? Leave us a comment on our Facebook page @EntertainmentDailyFix and let us know what you think of this story.