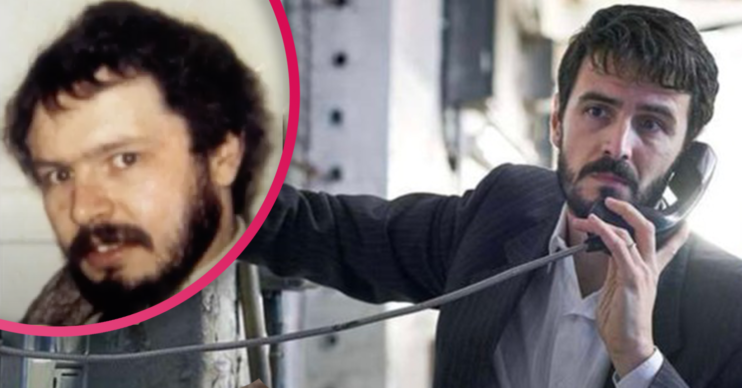 The brutal murder of Daniel Morgan shocked Britain in 1987.

Police never found his killer despite spending £30,000,000 on the investigation.

But who was Daniel Morgan and what was the motive?

How did Daniel Morgan die?

An attacker hit him in the face with an axe up to five times in the car park of the Golden Lion pub in South London.

Cops found his body with the weapon embedded into his skull.

It was quickly determined by officers investigation the case that this was a premeditated killing.

The £1,000 wad of cash Daniel had in his pocket had not been touched.

So the attack was not a robbery gone wrong.

There were also two sticky plaster strips on the axe handles so that fingerprints couldn’t be used as evidence.

Former suspect Glenn Vian was a former murder suspect in the case but was found not guilty.

Speaking out in Murder in the Car Park, he says: “For someone to not leave a fingerprint or DNA or anything like that…

“Back in 1987, people only knew about fingerprints.

“How would you know not to leave any evidence about? Well, a police officer would – wouldn’t he?”

What was the motive for Daniel Morgan’s murder?

This is reportedly the motive for his killing.

Daniel had been working tirelessly on an investigation into London drugs networks in the lead up to his death.

Daniel Morgan was a private detective with his own agency, Southern Investigations, based in Thornton Heath.

“He had a phenomenal memory for small details,” according to his brother Alastair.

“[Daniel] could remember things like car registrations for years.”

The Guardian claims that Daniel’s report was set to uncover corruption within the police force.

He was reportedly planning to sell his findings to the News of the World for a fee of £40,000.

But 37-year-old Daniel was killed before the paper published the story.

Daniel left behind his wife Iris and their two children, Sarah and Daniel.

Police do not know who killed Daniel.

To date, his death is the most investigated unsolved murder in the history of the Metropolitan Police.

But more than 30 years on, his brother Alastair is still fighting to seek justice.

He said: “When he was murdered, I knew intuitively that something was going very badly wrong.

“I knew that we would have to deal with it.”

The Home Office is now overseeing the case after five failed police inquiries.

Police admitted their investigations were hampered by corruption and wrongly arrested six suspects.

In 2007, the Met stated that Daniel “was about to expose a south London drugs network possibly involving corrupt police officers.”

According to police, it’s likely that this is the motive for Daniel’s murder.

What is Murder in the Carpark?

Channel 4 docs-series Murder in the Carpark looks into the mysterious circumstances around Daniel’s death.

Rees’ ex brother-in-law Glenn Vian also goes on camera to give his account of what happened.

All three have been under investigation following Daniel’s murder.

Daniel’s brother Alistair will also speak out in the series about his ongoing fight for justice.

Produced by Indefinite Films, the documentary was four years in the making.

Murder in the Carpark is on Channel 4, Mondays at 9pm.