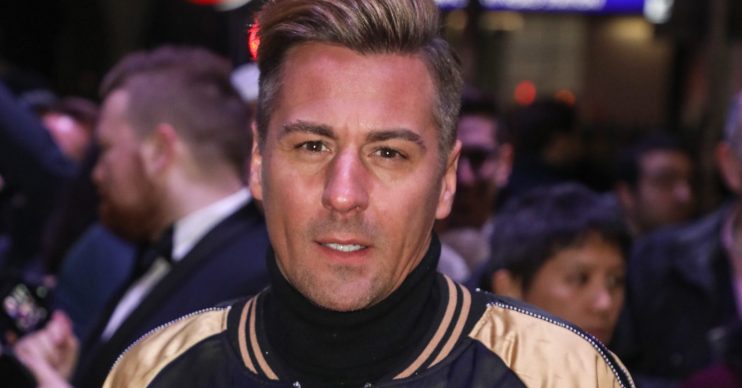 The professional skater was travelling home from a concert in London

Professional Dancing On Ice skater Matt Evers has been left shaken after a black taxi he was travelling in was involved in a crash.

Matt, 43, was in the back of a cab on Saturday night after watching The Script at London’s O2 Arena when it ended up colliding with two other vehicles.

The US skater, who made history this year after being partnered with Ian ‘H’ Watkins in DOI’s first same sex couple, then took to Twitter in horror, claiming the other drivers fled the scene

Matt tweeted: “My black cab has just been in an accident. After the collision both parties have driven off.

“This surely is not standard practice. I’m ok but WTAF…. who do I contact? My driver is to say the least [bleeped] off.”

Fans were quick to reply to Matt, who was eliminated from Dancing On Ice with former Steps star H three weeks ago.

My black cab has just been in an accident. After the collision both parties have driven off.

One asked: “Was there any exchange of information? Names, phone #’s, insurance? Anything?”

But Matt replied: “No. They both drove off as I stated.”

Another told him: “I would contact the taxi company and let them know what happened I’m glad you are okay though x.”

A worried third follower added: “Did your driver ask if you were ok? It should be reported or at least get your driver’s badge and car reg in case you get some pain later.”

Earlier in the evening, Matt had watched The Script in concert. Last week, he skated alongside his fellow professionals and the Irish band on Dancing On Ice.

This man right here put on one of the best live shows I’ve ever seen. Truly inspirational, authentic and a God damn beautiful person. If you get a chance please go see @thescriptofficial on Tour.

After posing for a picture with frontman Danny O’Donoghue, he wrote on Instagram: “This man right here put on one of the best live shows I’ve ever seen.

“Truly inspirational, authentic and a God damn beautiful person. If you get a chance please go see @thescriptofficial on Tour.”

Meanwhile, although he and H have been eliminated from the show, Matt is still taking part in the professional group dances on Dancing On Ice.

Tonight (Sunday March 1, 2020) the remaining celebrities and their partners will be battling it out to secure a place in next week’s live final.

But Matt isn’t the only once to find himself embroiled in some drama ahead of the semis.

Earlier today, we told how magician Ben Hanlin’s arm had been slashed by a skate blade during rehearsals.

Dancing On Ice continues tonight at 6pm on ITV1.