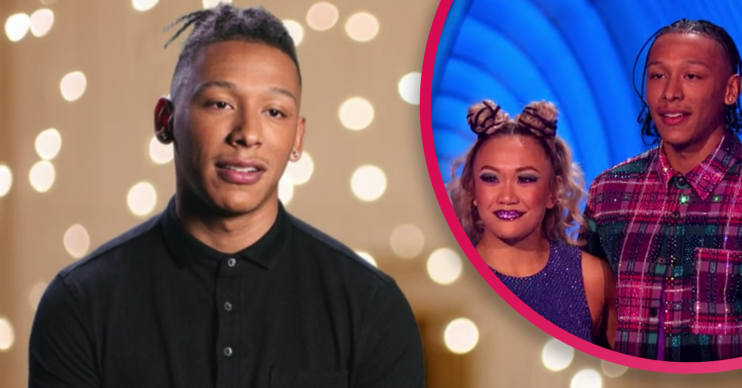 The wait is finally over as Dancing On Ice returned for another series last night (January 16) – and joining the line up for 2022 is Olympic medalist Kye Whyte.

Even though he’s “only ever skated twice”, Kye said he was excited to be competing on the ice and he’s eager to win.

But behind the smile lies a heartbreaking secret about his beloved mum.

Read on for everything we know about the BMX star.

His father Nigel is a co-founder of the famous Peckham BMX, which is what got him his nickname Prince of Peckham and started his career in BMX riding.

The BMX hero joined the Great Britain Cycling Team in 2017.

He then went on to win his first silver medal in the European Championship a year later.

Kye was also a part of Team GB at the Tokyo 2020 Olympics and he shocked the nation when he came away with a silver medal.

Who is he coupled with on Dancing On Ice?

The BMX champion will be performing on the ice with professional skater Tippy Packard.

He announced the news on his Instagram and said: “Saving the best for last, meet my @dancingonice partner @tippy_packard. Really excited to get started with the Hong Kong champ. Let the work begin!!”

The pair have hit it off pretty well and they love to share videos of their progress on social media.

Kye has entered the competition with lot’s of confidence as he revealed: “I believe I’m going to win, let’s put it that way. I am super competitive.”

He also admitted that he’s worried he’ll start competing with his own skating partner.

He said: “I want to be as good as them but that will never happen as obviously that’s years of training.”

Last night, Kye and Tippy skated for the first time, with the judges awarding him 24 points.

Jayne Torvill even said she was “so impressed” with his performance.

Why does Kye Whyte want to compete on Dancing On Ice?

Viewers were surprised to find out that Kye Whyte wants to compete at such a young age and so early on in his career.

When asked why he wanted to compete, Kye revealed: “I think it’s important to do it as it will hopefully help to put BMX, as a sport, on a higher, more well-known level.

“By doing Dancing On Ice it could elevate BMX a bit more.”

Why couldn’t Kye compete for a year and a half?

Shortly after Kye joined the Great Britain Cycling Team, he got involved in a horrific crash.

As a result, Kye suffered a brain bleed and was in an induced coma for five days.

The Olympic medalist was ruled out of competing for a year and lost his place on the GB squad.

However, the BMX star came back stronger in 2018 and reclaimed his spot on the team.

In September, Kye revealed on his Instagram that his mum was suffering from leukaemia.

Kye’s dad and brother both appeared on his VT last night, but his mum was absent.

A picture of Kye’s mum did flash up on the screen, but he didn’t address her illness.

Posting on Instagram last year, he broke the news of her illness to fans.

Kye wrote: “This is my mum Tracey Hill she birthed me, raised me and looked after me well. Right now she is very ill and has been diagnosed with luekemia.

“I want to ask everyone to pray and have her in your hearts.”